A new blood test that can detect more than 50 types of cancer with high accuracy has been developed by an international team of researchers co-led by UCL. 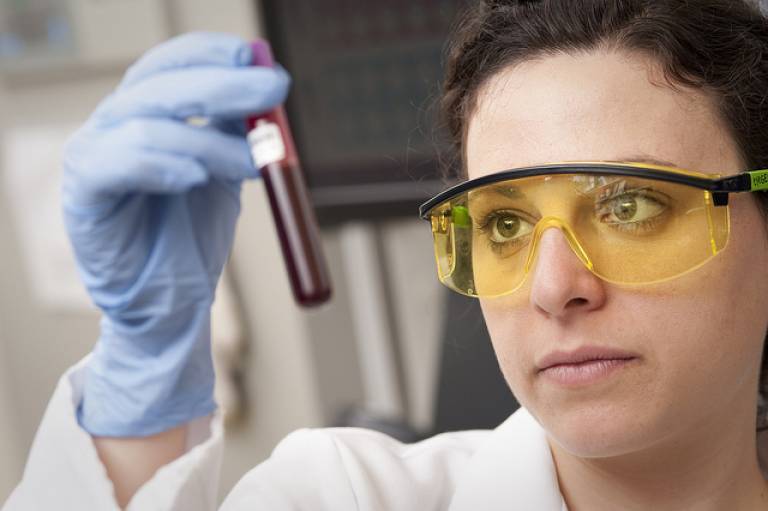 It is expected that the study, published in Annals of Oncology, will play a key role in early detection of cancer, which can often be critical to successful treatment.

The test, developed by GRAIL, looks for tell-tale chemical changes to bits of genetic code - cell-free DNA - that leak from tumours into the bloodstream.

Researchers from UCL, the Dana-Farber Cancer Institute, Harvard Medical School and The Francis Crick Institute, tested more than 4,000 samples from patients - some with and some without cancer.

Using this information, the system sorted the samples into groups based on the methylation patterns. The team then taught the system which groups reflected which type of cancer.

It is the first such test able to identify so many types of cancer – including lung, bowel, ovarian and pancreatic – and diagnose in which tissue the cancer originated, which it did with 96 per cent accuracy.

The team are hopeful it could eventually help to diagnose tumours sooner, particularly hard-to-detect cancers and those for which no screening is available, although its success rate is currently significantly higher in more advanced cancers.

UCL researchers work in partnership with GRAIL, with scientists at UCL leading on the SUMMIT study, which is a longitudinal cohort study, following 25,000 UK adults age 50 to 77 years old with no cancer diagnosis at time of enrolment. The researchers are evaluating the GRAIL blood test to detect multiple types of cancer, including lung cancer.

Professor Sam Janes (UCL Medicine), chief investigator of the SUMMIT study at UCL, said: “This is exciting new data from the GRAIL laboratories examining their novel early cancer detecting blood test. They appear to be making continued improvements and will be using blood samples from UCL’s SUMMIT study in their next round of validation studies.

“In SUMMIT, currently paused during the coronavirus outbreak, we are gathering a cohort of 25,000 people at higher risk of lung and other cancers. Participants undergo a lung health check and CT screening, currently not available on the NHS, and donate a blood sample to help towards further validation of this test.”

Lead researcher, Professor Geoff Oxnard (Dana-Farber Cancer Institute) said: “Our results show that this approach to testing cell-free DNA in blood can detect a broad range of cancer types at virtually any stage of the disease, with specificity and sensitivity approaching the level needed for population-level screening. The test can be an important part of clinical trials for early cancer detection.”

The study is funded by Grail, who made the blood tests. As part of further validation research, there will be a multi-centre clinical trial of the test.