Opinion: Why forensic science is in crisis and how we can fix it

Professor Ruth Morgan (UCL Security & Crime Science) writes about the misinterpretation of forensic evidence and the issues that this causes for the criminal justice system. 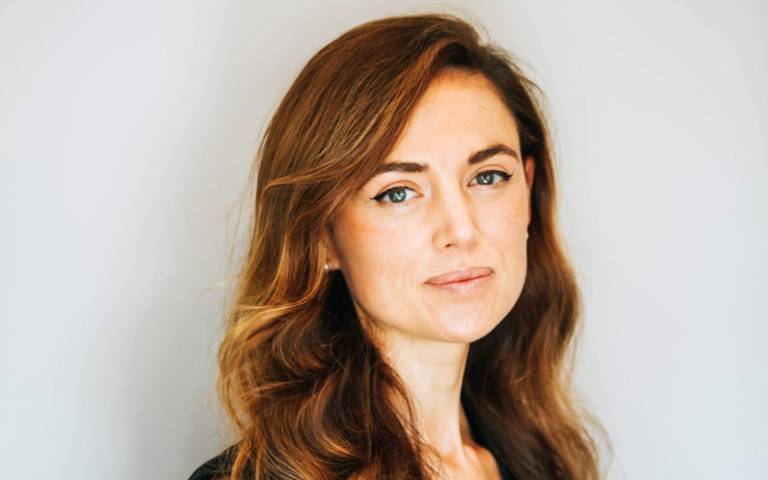 Imagine you’re in court, accused of a crime that you know you didn’t commit. Now imagine a scientist takes the stand and starts explaining to the court how your DNA is on the murder weapon.

Forensic science is nothing short of a technological success story; it is possible to detect and identify forensic traces at greater levels of resolution and accuracy than ever before, and we can capture, retain and search more data than at any other time in history. These capabilities are transforming what forensic science can do. However, at the same time, forensic science is facing a huge challenge.

Forensic science sits at the intersection of science, law, policing, government and policy. It is a complex ecosystem that has competing demands and drivers to deliver science to assist the justice system. A recent inquiry by the House of Lords Science and Technology Select Committee in the UK recognized that forensic science is in a state of crisis, to such a degree that it is undermining trust in our justice systems. This crisis is multifaceted, and while some of the results of the crisis have been reported, such as miscarriages of justice, instances of malpractice, and failures of quality standards, there is an aspect of the crisis that has been overlooked. A recent study in the UK identified all the cases upheld by the Court of Appeal where criminal evidence was critical in the original trial over a seven-year period. In 22% of those cases, the evidence was misinterpreted. These cases are only the tip of the iceberg and indicate a broader root cause of the crisis forensic science is facing.

The crisis is a result of a deep-seated and systemic issue of how science is used in the justice system. It is not enough to be able to detect critical forensic traces (whether they are physical traces like DNA or digital traces like GPS data), we need to be able to interpret what those traces mean in the context of a crime reconstruction. If we find gunshot residue on a jacket, it’s not enough to be able to accurately detect that those particles are gunshot residue. We need to know whether the person wearing the jacket fired the gun, and if they did, if it was fired during the crime.

At the moment, we don’t always have the data that we need to be able to do that. This isn’t only about understanding how and when a trace is transferred. For example, a study from the US in 2018 found that when 108 crime labs received the same complex DNA mixture, 74 of the labs correctly included two reference samples as contributors to the mixture, but they also incorrectly included a reference sample from an innocent person. That is 69% of the labs interpreting the profile erroneously. This is an issue for every type of forensic science evidence from fingerprints and DNA to fibres, gunshot residue and digital evidence, and it is an issue that strikes at the heart of how we use science in the justice system, and the fabric of our communities. We can detect traces better than ever before, but for robust forensic science, we need to know what those traces mean.

How have we got here?

The recent House of Lords inquiry asked probing questions across the whole remit of forensic science (from crime scene, investigation, lab analysis, to the presentation of evidence in court), in a way that also brought together the voices from all the relevant domains (the police, advocates, judiciary, scientists, researchers, government ministers and policy-makers). As a result, the committee revealed the root causes of the crisis in forensic science in England and Wales, and their findings offer valuable insights for forensic science all over the world. They found that the piecemeal approach to forensic science, where different parts of forensic science are distributed between law enforcement (who address the collection of exhibits and samples and some analysis), forensic services (who undertake the analysis and interpretation) and the courts (who seek to establish the significance and evidential weight of those materials), has led to a devastating lack of strategic oversight and accountability for forensic science.

This fragmentation has led to a situation where the value of forensic science has not been effectively articulated or appreciated, which in turn has led to a situation where forensic science has not been a strategic priority. For example, it is not (yet) possible to effectively demonstrate the true value of detecting the source of a material that leads to a confession of guilt. A confession during an investigation may save advocate and court time down the line.

But despite the clear importance of forensic science within the justice system, demonstrating the value and strategic value of forensic science has been elusive. This is in part due to the lack of connections between the investigation and prosecution phases of the forensic science process, which makes it difficult to connect an outcome in one part of the process with an action in another part of the process. There is also the thorny issue of finding an accepted approach to equate the value of societal good on the one hand and economic cost on the other – arguably, in the justice system value should not only be considered as a fiscal issue.

This situation is exacerbated in the UK where a market has been created for forensic science services where private companies can compete for tenders to provide forensic analyses of samples and exhibits. The financial value of the market has been reduced in the last 10 years from £120m a year. to c.£50-55m a ,year and the remaining market suffers from a lack of sustainability (in part due to a procurement process that can value cost over quality) and regulation. At the same time, the main procurers of these services (usually the police) have been contending with significant budget cuts, and this has led to significant instability in the market with severe challenges for ensuring solvency of providers and preserving the integrity of evidence.

There are also serious issues around the science itself, and the evidence base that underpins forensic science. Forensic science has historically fallen between the cracks of major funders due to its interdisciplinary and applied nature. Where there has been funding available, the focus has been on equipping the industry with tools that aid the detection of materials more quickly, more accurately, at greater degrees of sensitivity and in a context of creating economic value within the market. This has meant that “… the interpretation of forensic evidence is not always based on scientific studies to determine its validity” (National Academy of Sciences 2009), which the Lords report found to still be the case in 2019. The focus on detecting forensic materials over the interpretation of what they mean, has led to a lack of funding for foundational research that can produce the evidence base that is needed to understand how (and when) your DNA got on the murder weapon.

A path to justice?

The crisis in forensic science is a complex global challenge. These kinds of challenges rarely have simple solutions and require engagement across many disciplines and sectors to find the pathways that will offer progress. For forensic science, it is clear that addressing individual “symptoms” (such as a quality standards failure in a lab, or creating better technologies for real time intelligence at a crime scene) will at best offer short-term solutions to specific problems in isolation. Instead, the future of forensic science lies in tackling the root causes of the crisis in a way that keeps both technology and people at the heart of reform.

Looking forward, forensic science needs to establish a holistic vision that ensures meaningful connectivity between the investigation and the courts. There needs to be strategic oversight to set priorities for current operational approaches, to establish sustainable markets for the provision of forensic science services, and set the agenda for research to underpin each part of the forensic science process (crime scene to court). This will need to be a collective corporate strategy that provides a voice for all the key stakeholders.

A key part of addressing the crisis in the UK will be stabilizing the market, particularly in terms of addressing the procurement processes, quality standards and equitable access to forensic science services for both the prosecution and defence. But to address the core issues in forensic science globally, it will also be critical that the science being used is underpinned by excellent research.

Research in forensic science needs to be harnessing the emerging capabilities in technology, AI, and machine learning to develop novel technological tools to address the emerging challenges that are arising in the detection and identification of traces and individuals. But it must also develop the foundational underpinning needed for reliable, transparent and reproducible evaluative interpretation of what those materials that are detected mean in a specific crime investigation. This will require a stepwise change in the current funding structures at the international and national levels, and dedicated funding streams. There is a long way to go – in the UK 2009-2018 less than 0.03% of the total research funding at the national level was devoted to forensic science, and less than 0.003% on foundational research.

Given how the justice system shapes our societies, the stakes are far too high to ignore the crisis in forensic science. The integrity of the forensic science system is critical to the delivery of justice and public trust, and so this is an urgent challenge for the global community. Like plastics in our oceans, this is a problem that has gone under the radar for far too long. The time for action is now.