It takes ecosystems two million years to recover after a mass extinction and for them to become functional and resilient again, according to new UCL co-led research. 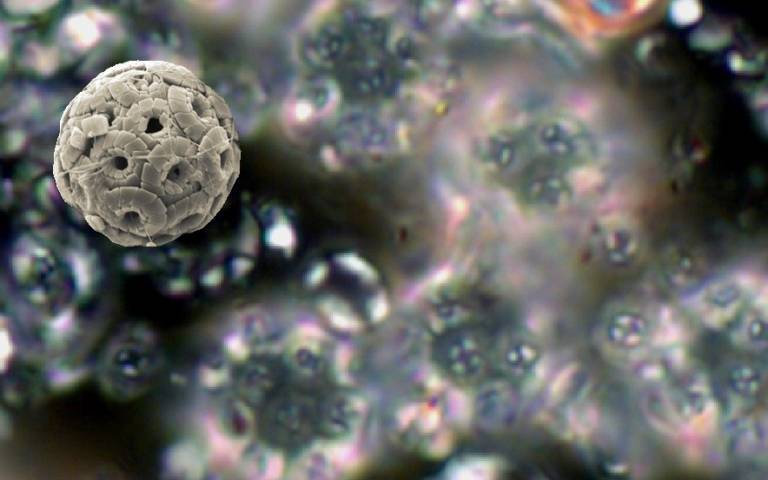 The study, published today in Nature from a team that includes three UCL Earth Science researchers (Professor Paul Bown, Hojung Kim and Dr Sarah Alvarez) and academics from Southampton, Frankfurt and California. The team looked at 13 million years’ worth of fossil plankton records in the aftermath of near annihilation of ocean plankton, during the Cretaceous/Paleogene mass extinction, providing a remarkable glimpse into how the marine ecosystem ‘reboots’.

Lead author, Dr Alvarez (UCL Earth Sciences, University of Gibraltar, University of Bristol) said: “We wanted to find out how long the ocean ecosystems took to recover and how this happened so we looked at the best fossil record of ocean plankton we could find – calcareous nannofossils (they are still around today) – and collected 13 million years of information from a sample every 13,000 years.

“We measured abundance, diversity and cell size from over 700,000 fossils, probably the largest fossil dataset ever produced from one site.”

The researchers were investigating the aftermath of a mass extinction event 66 million years ago that wiped out three-quarters of the planet’s plant and animal species, including all non-avian dinosaurs, that was caused by an asteroid striking the Earth.

Dr Alvarez and co-authors found that plant-like (photosynthetic) plankton bounced back almost immediately after the mass extinction but that the early communities were highly unstable and cell sizes were unusually small.

The researchers found that major ecosystem disruption persisted for two million years after the mass extinction but the gradual appearance of new species and larger cells helped re-establish a stable and resilient ecosystem. At the same time, carbon delivery to the sea floor returned to pre-extinction levels, marking the restoration of this critical ocean function. This occurred long before species and ecological diversity fully recovered. Overall, it took 10 million years for species numbers to fully recover to previous levels.

This study highlights the extensive long-term risks posed by diversity loss which may result in highly unstable communities, loss of important ecosystem functions and long timescales of recovery.

Co-author Professor Paul Bown (UCL Earth Sciences) added, “The marine ecosystem is dependent on the plankton at its base, just as much today as in the past. What we see in the fossil record is that that you need the right players filling key roles for everything to function. By reducing biodiversity today, we run the risk of losing our critical ecosystem players, whose importance we have yet to fully appreciate.”