Dietary supplement may help with schizophrenia

A dietary supplement, sarcosine, may help with schizophrenia as part of a holistic approach complementing antipsychotic medication, according to a UCL researcher. 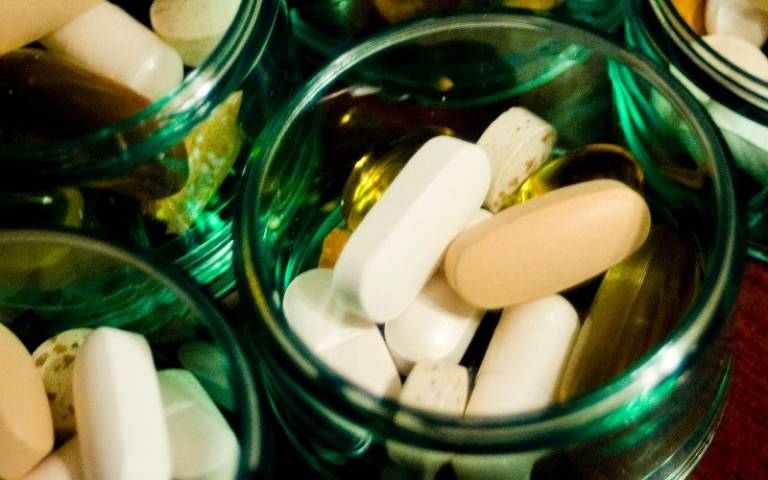 In an editorial published in the British Journal of Psychiatry, Professor David Curtis (UCL Genetics, Evolution & Environment and QMUL Centre for Psychiatry) suggests the readily available product could easily be incorporated into treatment plans, while calling for clinical trials to clarify the benefit and inform guidelines.

“Sarcosine represents a very logical treatment and the small number of clinical trials so far do seem to show that it can be helpful. It certainly seems to be safe and some patients report feeling better on it,” he said.

“Sarcosine may be a helpful treatment for schizophrenia but we should be carrying out further studies in order to find out for sure."

Sarcosine naturally occurs in foods such as egg yolks, turkey and legumes, and can be bought as a dietary supplement, sometimes promoted as a ‘brain health supplement’, with various claims being made that are not all backed up by adequate evidence.

Professor Curtis writes that there is now good evidence from multiple lines of study that some patients with schizophrenia may have defects in the functioning of receptors for glutamate, a common neurotransmitter in the brain, and that sarcosine can help glutamate receptors to work better.

Researchers have been accumulating evidence that if these glutamate receptors did not function properly then people could develop psychosis and other symptoms of schizophrenia.

Professor Curtis and colleagues have recently added to the evidence, showing that genetic variants which damage this receptor increase the risk of schizophrenia.

The only risk identified so far seems to be that some people taking sarcosine to treat schizophrenia who are also on antidepressants may experience hypomania (disinhibition and euphoria), which Professor Curtis says highlights the importance of consulting with health professionals before taking sarcosine.

“Some studies have used it on its own as a treatment but I think the obvious thing to try first would be for patients to take it alongside their regular antipsychotic medication, in order to produce further improvement,” said Professor Curtis.

He says that health professionals need to be aware of sarcosine so that they know how to respond if a patient asks them about it, given that it’s increasingly being used as an alternative therapy.

“I would encourage psychiatrists to review the evidence, and while they may reach different conclusions, it seems reasonable to conclude that suggesting sarcosine to a patient with schizophrenia would be defensible and evidence-based.

“Because it is freely available, there is nothing to stop somebody with schizophrenia from buying it and trying it themselves, which underscores the need for health professionals to get our heads around it. I would certainly warn them not to stop their regular medication and to continue following the advice of their psychiatrist,” he said.