US green economy worth $1.3 trillion per year

The US green economy is estimated to generate over $1.3 trillion in revenue per year, representing 16.5% of the global green economy, according to a new study by UCL. 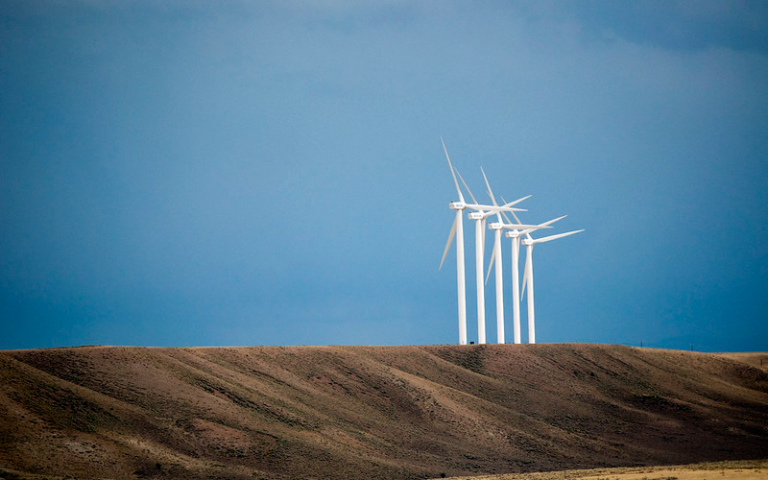 The green economy - broadly defined as an economy that is low carbon, resource efficient and socially inclusive - is a major source of jobs in the US, employing an estimated 9.5 million people.

The study, published in Palgrave Communications, finds that the size of the green economy and employment in the US grew by 20% between 2013 and 2016. This represents an additional 1.5 million jobs in the green economy; while over the same period, according to Department of Energy data, the coal industry saw a decline of 37,000 jobs.

Despite recent employment declines in the coal industry and scientists warning that we have 11 years left to prevent irreversible damage caused by the climate change emergency, the ‘America First Energy Policy’, put forward by Donald Trump as a candidate, proposed that 400,000 jobs could be created in the fossil fuel sector over the next 30 years.

Professor Mark Maslin (UCL Geography), co-author of the study, said: “The green economy is of huge importance to the US both in terms of economic growth and employment. Further investment in the fossil fuel industry is incompatible with economic trends, and could end up damaging the US economy as other countries invest more heavily in their green economy.”

“Given the climate change emergency and the employment slump in fossil fuel industry, it only makes sense that future investment should focus on growth in the green sector.”

The green economy is critical for achieving the goals of the Paris Agreement on climate change and is considered to be one of the important tools available for achieving the UN’s Sustainable Development Goals.

To report on the green economy, the researchers used estimates of sales revenue and employment across 24 economic sub-sectors covering renewable energy, environmental protection, and low carbon goods and services.

Using this definition and including the relevant supply chain activity, the study suggests that revenue in the global green economy was at least $7.87 trillion in 2015/16.

In comparison to China, OECD nations and the G20 countries, the US has an above-average share of the working age population employed (4%) and higher per capita revenue from the green economy.

The strongest areas of growth in the US are in the renewables sector, particularly consultancy and wind energy which saw increases of 9.36% and 8.56% in economic value respectively in 2015/16.

The research highlights that while the US is currently the largest market in the global green economy with a 16.5% share, other major economies have the capacity to expand and compete with the US.

Notably, China has announced that it aims to generate 13 million clean energy jobs by 2020 and is positioning itself as a new leader in the international climate discussions.

Lead author, Dr Lucien Georgeson (UCL Geography) said: “Our analysis suggests that the case for driving economic growth and job creation through fossil fuels is weakening, based on the available data.”

“In order to support the development of the green economy, the US needs to focus its attention on designing appropriate economic, environmental and education policies. This should be supported by commissioning and publishing green economy data, which the US Federal government has not done since 2013.”

The research draws on the Low Carbon and Environmental Goods and Services Sector dataset produced by kMatrix Ltd. The figures take into account supply chain businesses and employees.