The European Space Agency's Solar Orbiter, which carries instruments proposed, designed and built at UCL, is completing final testing in Germany before travelling to Cape Canaveral, USA, for launch in February 2020. 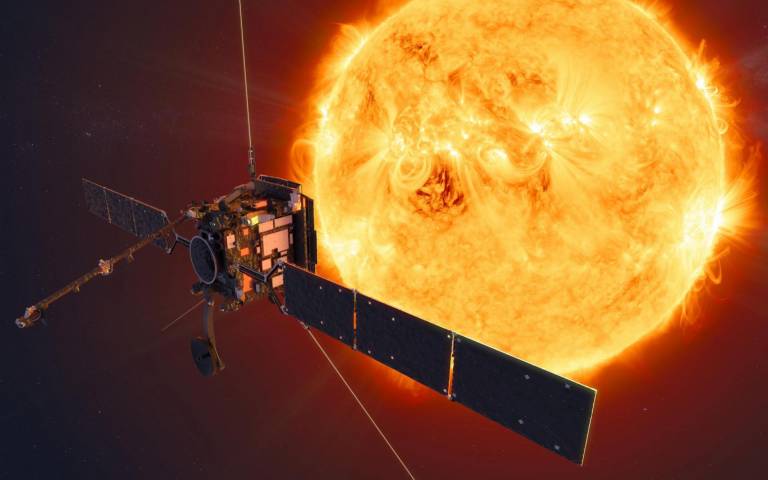 Solar Orbiter will perform unprecedented close-up observations of the Sun, to help answer questions about why the Sun’s corona is so hot and why the solar wind flows away from the Sun so rapidly, typically at 400-500 kilometres per second.

Understanding these phenomena is crucial in predicting solar storms, which have the potential to knock out communication systems on Earth.

Although some instruments will start data taking within a few months of launch, the full science mission begins about two years after lift-off.

The spacecraft will take two and a half years to reach its target vantage point within 0.3 Astronomical Units of the Sun. This is just under a third of the distance from the Sun to the Earth.

Over eight years, the spacecraft will move to vantage points closer in to the Sun and at a higher latitude, allowing  scientists to both study the Sun, particularly its polar regions, in much more detail than previously possible and to observe specific features for longer periods than any spacecraft orbiting the Earth.

The SWA family of sensors will together characterise more than 99% of the charged particles carried away from the Sun at very high speeds in the solar wind, including electrons, protons, alpha particles and numerous heavier ions.

Professor Chris Owen, Principal Investigator on the ESA Solar Orbiter Mission Solar Wind Analyser instrument (UCL Mullard Space Science Laboratory), said: “We’re leading an international consortium from the UK, Europe and US to provide three sensors for an instrument on Solar Orbiter so it can robotically ‘sniff’ the solar wind, which is the steady outflow of charged particles from the Sun.

“From this, we will learn how activity of the Sun links into interplanetary space, which is an essential step in successfully mitigating the damaging effects of solar weather on Earth. It’s a brave mission and one we can only achieve by collaborating with experts globally.”

Christine Brockley-Blatt, added: “We’ve worked hard to ensure our instrument survives the rocket journey into space and extreme conditions when orbiting the Sun.

“Two of the three SWA  sensors  will be exposed to temperatures in excess of 500 degrees Celsius, but the third UCL-built sensor will be extremely cold in the shade of the spacecraft and without protection would reach -180 degrees Celsius. The detectors therefore have either their own heat shields or heaters and blankets to keep the electronics inside at room temperature, while the aluminium walls are 2mm thick to protect from the Sun’s radiation.”

In addition to leading on SWA, UCL is also a Co-Investigator for the Extreme Ultraviolet Imager – a suite of telescopes that will provide images of the hot and cold layers of the Sun’s atmosphere and corona, showing the dynamics in fine detail and providing the link between the Sun’s surface and outer corona. 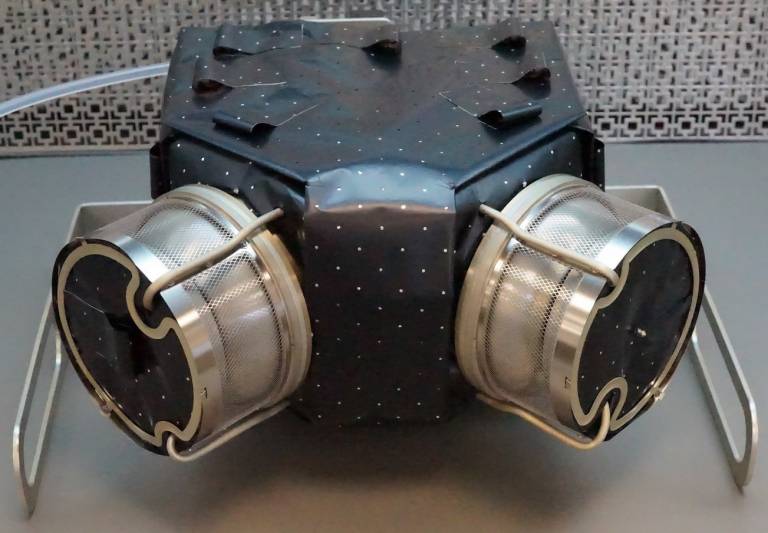 Chris Lee, Chief Scientist at the UK Space Agency, said: “Solar Orbiter is the most important UK space science mission for a generation, both because of its leading roles for UK science and industry but also because of the crucial information it will give us about living near a star like the Sun. It has never been more important to understand this interaction because of the impact space weather can have on our satellite enabled economy.”

Science Minister Chris Skidmore said: “I am delighted that the UK has played such a leading role in this mission to observe uncharted regions of the Sun. From mobile phones to electricity networks, our scientists will make new discoveries about the impacts of space weather on our daily lives.

“Our commitment to the European Space Agency means UK research and engineering teams will continue to be at the heart of the new space age after we’ve left the EU, creating highly-skilled jobs and supporting our economy.”