UCL’s Professor Mary Fulbrook has been announced as a finalist for the prestigious Cundill History Prize for her ground-breaking book Reckonings: Legacies of Nazi Persecution and the Quest for Justice, which explores the aftermath of the Holocaust. 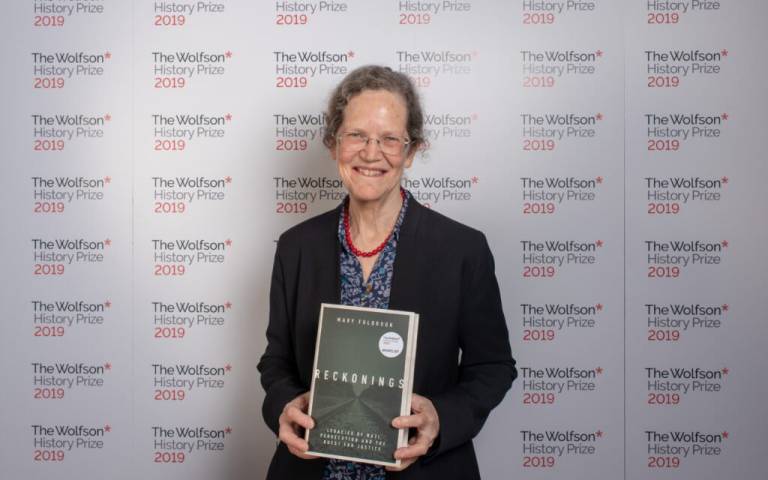 She is one of three outstanding women announced as finalists in the leading international prize for history writing, who will compete for the grand prize.

Fulbrook is in the running for Reckonings: Legacies of Nazi Persecution and the Quest for Justice (Oxford University Press) which explores both the lives of the victims and the perpetrators of the Holocaust.

The two other finalists are Professor Julia Lovell, Birkbeck College, with Maoism: A Global History, and US historian and New Yorker staff writer Jill Lepore, with These Truths: A History of the United States.

Each of the three historians, now vying for the $75,000 grand prize, will be awarded $10,000 as shortlistees. The winner's announcement will be made on 14th November at the Cundill History Prize Gala at the Montreal Museum of Fine Arts.

Taylor commented: "The finalists for the Cundill History Prize have written three exceptional works of history. Fulbrook’s Reckonings, Lepore’s These Truths, and Lovell’s Maoism are deeply researched and rich in insights. They take on difficult and ambitious topics with an impressive commitment to moral inquiry and humane values. Their literary quality will enable the authors to introduce new findings to a very broad readership."

Antonia Maioni, Dean of the Faculty of Arts at McGill University, added: "Written by three outstanding women, these are sweeping histories of major historical significance, addressing political movements which radically shaped our past and are resurgent at a time of contemporary political upheaval. The three finalists are essential reading for everyone if we are to take lessons from the past which can help shape a stable, positive future. The Cundill History Prize honours each of these books and in doing so fulfils the vision of our founder Peter F Cundill in bringing great works of historical research to a global general readership."