Professor Becky Francis has announced she will be leaving as Director of the UCL Institute of Education to take up a new role as Chief Executive Officer of the Education Endowment Foundation in January 2020. 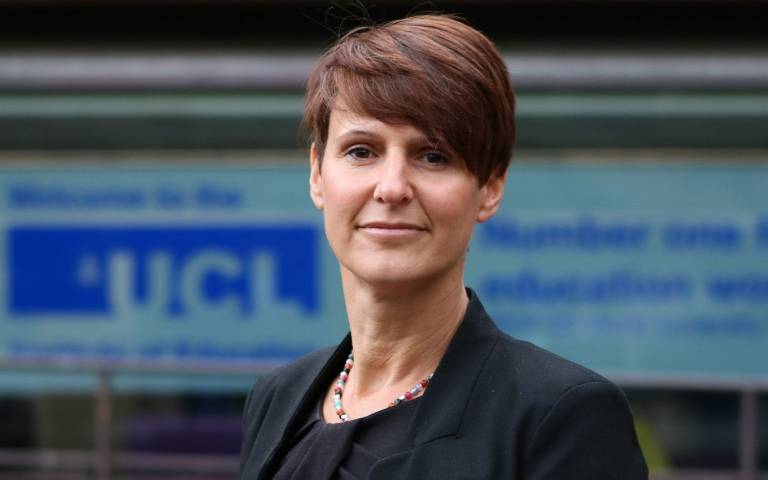 During her tenure at UCL, Professor Francis has overseen the completion of the successful merger between the Institute of Education and UCL and ensured that the IOE has maintained its position as number one in the world for education – a position it has held for the last six years.

She has also instigated a number of transformative initiatives at the IOE, including the launch of new flagship research centres on teachers and teaching and on education policy and social justice; a highly successful programme of communications and public events and the first phase of the re-development of the IOE’s estate in Bloomsbury.

Last year, Professor Francis, whose research focuses on social identities and educational inequalities, was named as one of the most influential people in the world of education by TES for her work highlighting the negative impact of school class setting on those from low socio-economic backgrounds.

Professor Francis has also played an instrumental role in leading UCL’s action against sexual misconduct and harassment as chair of UCL’s Preventing Sexual Misconduct Strategy Group. Significant progress has been made, including the launch of UCL’s Full Stop campaign and Report + Support platform.

Professor Michael Arthur, UCL President & Provost, said: “Becky has been an outstanding director of the UCL Institute of Education and we are very sorry to see her go. She has shown impressive leadership during her time with us – helping to complete the successful merger and ensuring the Institute of Education has retained its enviable position as number one in the world.

“I would personally like to pay tribute to the work that Becky has done as Chair of UCL’s Preventing Sexual Misconduct Group. She has been instrumental in driving meaningful action at UCL to tackle sexual misconduct and harassment – driving the launch of UCL’s full stop campaign and other measures. Becky has set the foundations for the successful delivery of future initiatives both in this important area and at the Institute of Education.

“I am grateful to Becky for her support over the last three years and for her contribution to UCL’s senior management team. I would like to offer my warmest congratulations for her new role as CEO of the Education Endowment Foundation.”

Professor Becky Francis said: “It has been a tremendous honour to lead the UCL Institute of Education, an organisation that plays a vital role in supporting education systems at home and internationally through its teacher education and as a world leading centre for education and social research. I want to pay tribute to my fantastic colleagues and to wish the IOE, and the wider UCL of which it is part, every success for the next exciting phase in their development.”