Experiment to increase understanding of the universe secures £30m

UCL scientists working to understand neutrinos and antimatter through DUNE (the Deep Underground Neutrino Experiment) will benefit from the UK’s latest multi-million pound investment in the project. 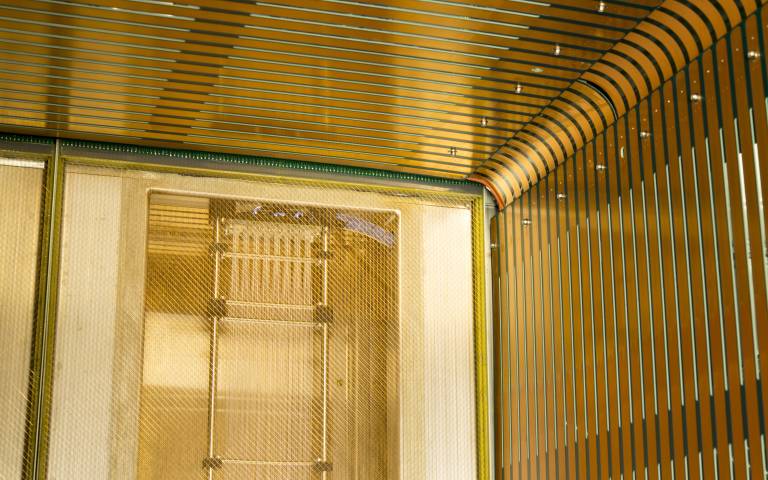 The DUNE project brings together more than 1,000 physicists from the UK and 31 countries from Asia, Europe and the Americas to build the world’s most advanced neutrino observatory, which could lead to profound changes in our understanding of the universe.

Professor Ryan Nichol (UCL Physics & Astronomy), leader of the UCL DUNE group, said: “There is still so much we don’t know about neutrinos and how they have influenced the Universe, so many people are very excited about DUNE and what it will discover. It has the potential to teach us about everything from the differences between matter and antimatter, to understanding where the energy goes when a star explodes.”

Hosted by the United States Department of Energy’s Fermilab, the flagship international experiment will study the behaviour of particles called neutrinos and their antimatter counterparts, antineutrinos. This could provide insight as to why we live in a matter-dominated universe while anti-matter has largely disappeared.

DUNE will also watch for supernova neutrinos produced when a star explodes, which will allow the scientists to observe the formation of neutron stars and black holes. It will also investigate whether protons live forever or eventually decay, bringing us closer to fulfilling Einstein’s dream of a grand unified theory.

Various elements of the experiment are under construction across the world, with thirteen UK universities, including UCL, taking a major role in contributing essential expertise and components to the experiment and facility.

UCL is building and designing key components of the observatory including special detectors to monitor the purity of the 68,000 kg of liquid-argon stored in four large tanks in the core of the DUNE detector.

Prototypes are currently being tested CERN, which could prove critical to understanding the performance of the gigantic detectors used by DUNE.

The UCL team are also involved with developing a state-of-the art, high-speed data acquisition system to record the signals from the detector, together with the sophisticated software needed to interpret the data and provide the answers to the scientific questions.

“UCL has a pioneering heritage in designing and building long-baseline neutrino experiments, with over twenty years of involvement with the MINOS and NOvA experiments in the NuMI neutrino beam, currently the world’s most intense neutrino beam. We are very much looking forward to contributing to DUNE and seeing what fundamental questions it helps to answer,” said Professor Ruben Saakyan (UCL Physics & Astronomy).

This £30m grant represents the first of two stages to support the DUNE construction project in the UK which will run until 2026 and represent a total investment of £45m.