The most energetic form of light has been detected from a distant but powerful cosmic explosion known as a ‘gamma-ray burst’ for the first time, by an international team including UCL physicists using a UCL-built space telescope onboard NASA’s Neil Gehrels Swift Observatory. 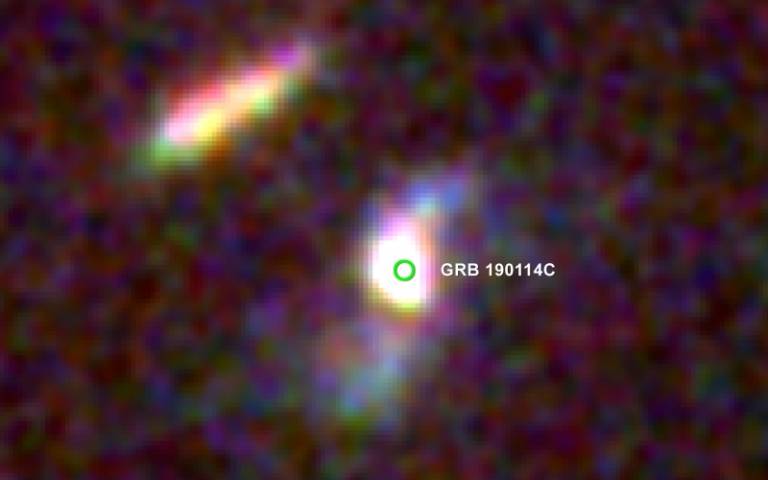 The discovery, published today in Nature, helps scientists to understand the physical processes that lead to such bright explosions, and in particular, the unknown mechanisms that cause extremely high-energy light to be emitted in the afterglow of a gamma-ray burst (GRB).

Study co-author, Dr Paul Kuin (UCL Mullard Space Science Laboratory, UCL Space & Climate Physics), said: “Since launching in 2004, Swift has greatly increased our understanding of gamma-ray bursts which occur almost daily in the sky and are characterised by brief, but intense, flashes followed by an afterglow which fades over time. We’ve now seen that extremely high-energy light is released in the afterglow period – something that was only predicted before in models – and comparative studies suggest that this is not an unusual feature.”

GRBs are the most violent explosions in the Universe since the Big Bang and are thought to follow the collapse of massive stars or the merging of neutron stars or black holes in distant galaxies.

In only a few seconds, these events release an energy comparable to that emitted by our Sun during its whole life, blasting jets of particles outward at nearly the speed of light. They produce an initial pulse of gamma rays — the most energetic form of light — that typically lasts about a minute.

As the jets race outward, they interact with surrounding gas and emit light across the spectrum, from radio to gamma rays. These so-called afterglows can be detected up to months — and rarely, even years — after the burst at longer wavelengths.

Within 22 seconds of the two space satellites independently capturing the event, an alert went to astronomers worldwide to capture further data from the burst, dubbed GRB 190114C, which was calculated to be seven billion light years away from Earth.

The MAGIC Collaboration, which operates two 17m diameter Cherenkov telescopes in La Palma, Spain, targeted GRB 190114C within 27 seconds of receiving the alert. From this, the team revealed the emission of ultra-high-energy light in the afterglow for the first time.

First discovered 46 years ago, GRB are mysterious events and are very hard to track. Only by combining the power of space- and ground-based telescopes in recent years, have scientists shown that short gamma ray bursts likely form from merging small, dense stars with associated gravitational waves.

Professor Mat Page (UCL Mullard Space Science Laboratory, UCL Space & Climate Physics), who leads the UCL team responsible for the Ultraviolet and Optical Telescope on Swift, said: “Our space telescope works at wavelengths a million times longer than the MAGIC telescopes. Working together we cover a huge range of the electromagnetic spectrum to advance our understanding of these spectacular explosions.” 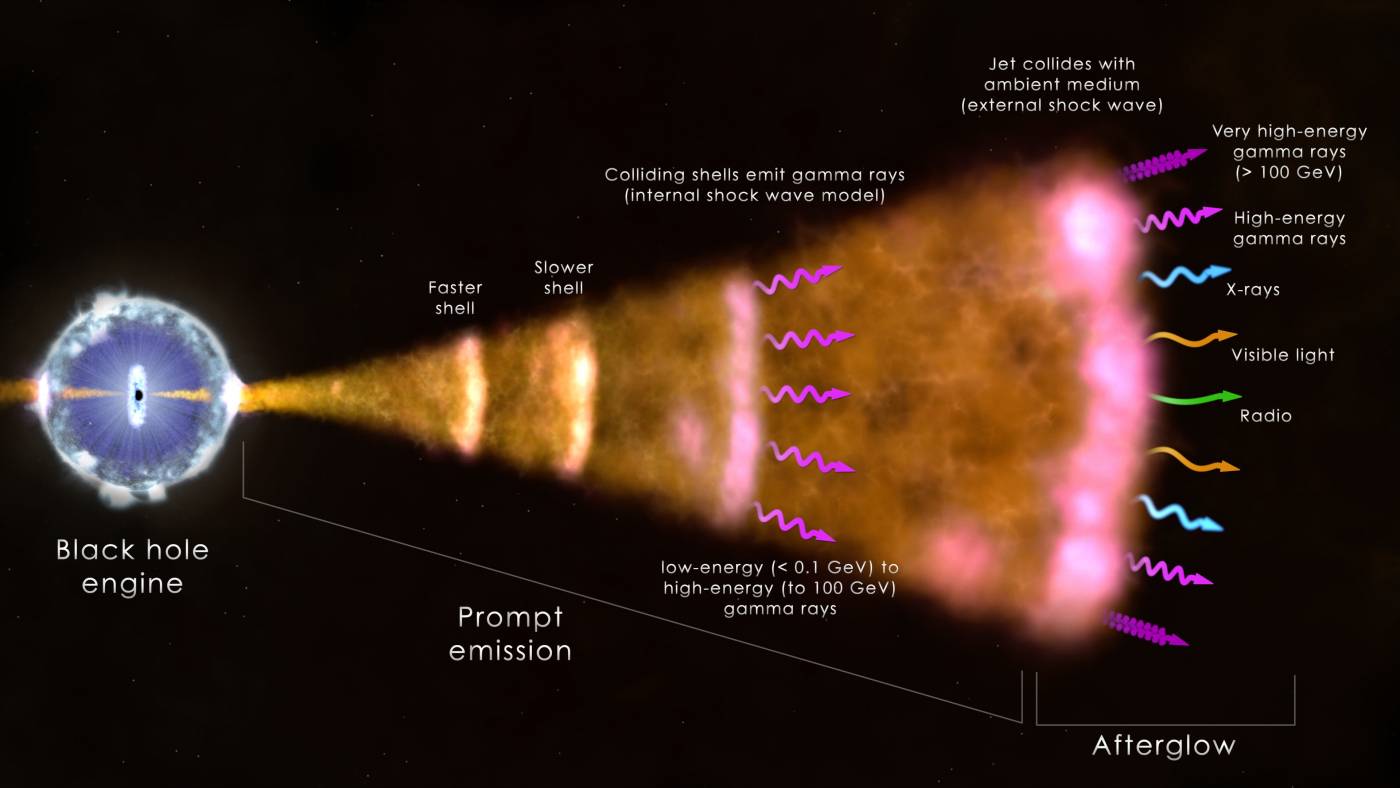 More than twenty observatories tracked GRB 190114C to map the range of light it emitted to find important clues to unravel some of the mysteries concerning the physical processes at work in GRBs.

The MAGIC collaboration say that the new results, together with very complete multi-wavelength overview, provide the first unequivocal evidence for a distinct emission process in the afterglow. Adding that it is likely that the high-energy light is emitted by the ‘inverse Compton process’, where the highest-energy electrons in the jet crash into lower-energy gamma rays and boost them to much higher energies.

Following a comparative study of all previous GRB observations, it is clear that this event is not a particularly unique except for its relative proximity. The team are hopeful that many more GRBs will be detected at very high energies in the future to reveal more information about these powerful cosmic explosions.

“Much of what we’ve learned about GRBs over the past couple of decades has come from observing their afterglows at lower energies,” said Dr Elizabeth Hays, the Fermi project scientist at NASA’s Goddard Space Flight Center in Greenbelt, Maryland. “Now, thanks to these new ground-based detections, we’re seeing the gamma rays from gamma-ray bursts in a whole new way.”