An unusual citizen science project led by UCL that involved catching wasps in beer has resulted in the first comprehensive map of the UK wasp population. 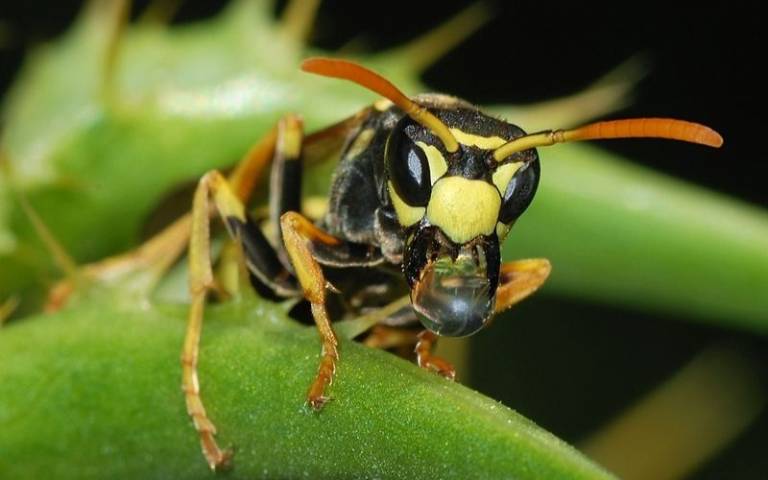 The data collected by the public and analysed by scientists at UCL, University of Gloucestershire and the Centre for Ecology and Hydrology (CEH), shows the distribution of social wasps and how they vary across the UK.

The Big Wasp Survey was founded to learn more about the familiar, but under-studied, social wasps and hornets. The data will be used to better understand the diversity and distribution of social wasps across the UK.

Dr Seirian Sumner (UCL Genetics, Evolution & Environment), who led the study, said: “The Big Wasp Survey doesn’t only generate useful data for science, it engages the public with wildlife, and raises awareness about the parts of nature that we find hardest to like or appreciate.

“Wasps are nature’s pest controllers and so can help reduce our reliance on chemicals in agriculture and in our gardens. We need to start appreciating them for their role in the ecosystem.”

The scientists say the level of interest from the public dispels the myth that people are not interested in wasps.

“The interest from the public in this survey was overwhelming! We never expected so many people to take part: it’s quite a time-consuming process that involves making your own trap, hanging it up and then posting the insects to us. The UK public are clearly committed to learning more about wasps,” added Dr Sumner.

A total of 2,000 UK citizens took part in the two-week citizen science project. Members of the public had to construct home-made beer traps and hang them in their gardens for a week over the August bank holiday weekend in 2017; participants were then asked to send in their insects.

Over 50% of participants submitted their data – unprecedented for a citizen science project. These 1,294 people provided information on social wasp populations from across 1,279 UK postcodes, stretching from the top of Scotland to Cornwall, East Anglia, Wales and Northern Ireland.

6,680 wasps were identified from five different species of social wasps, including the hornet which made up 6% of the samples. The German wasp and the Common Yellowjacket wasps that are best known for being picnic-botherers in late summer, were the most common species (both representing 44% of the species).

“Beer-traps are regularly used by beekeepers to attract social wasps away from their bee hives. It’s a simple but effective way to engage the public with the natural world, whilst also generating high quality data,” explained co-author Prof Adam Hart (University of Gloucestershire), who co-founded the Big Wasp Survey with Dr Sumner.

The scientists found that the distributions of the wasps from the two-week survey were comparable with data compiled by experts, demonstrating that the public can capture high quality information.

“Citizen science data is often criticised for being poor quality; our analyses show that such data can be just as reliable as expert-collected data. It’s also less biased than data collected by experts, because the citizens who took part were spread across the whole of the UK,” said Dr Nick Isaac, co-author from CEH.