Several staff attended the Chartered Institute of Archaeologists annual conference and received the award on 24 April 2019. 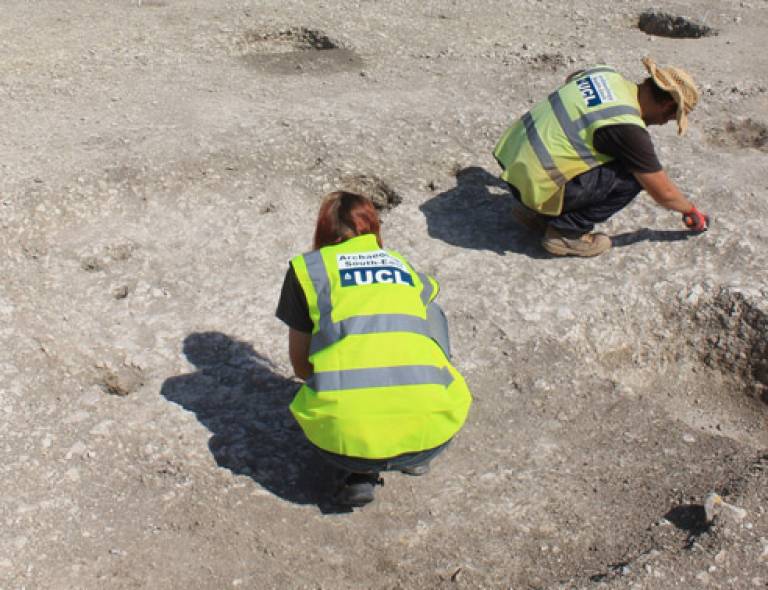 The award is a culmination of work over several months involving the staff, the leadership team of UCL’s Archaeology South East (ASE), working alongside their HR Business Partner and EDI Manager.

It began with staff within ASE speaking out about inappropriate behaviour – sexual harassment of women – by a small minority of men on site ASE carries out field archaeology, working in a commercial capacity alongside building contractors. Staff felt that a problematic culture in which women felt unsafe and disrespected was becoming normalised.

The Director and Assistant Director liaised with their HR Business Partner and EDI Team contact to plan a way forward. UCL’s EDI Team were already delivering anti bullying and harassment workshops – “ Where Do You Draw the Line?”. It was agreed that this training should be customised to meet the specific needs and circumstances of ASE.

An anonymous consultation exercise with all ASE staff was used to identify and model different scenarios for use in the workshops. Each workshop concluded with the formal identification of action points, and these have established an ongoing action plan for a standing working-group within the ASE team.

Workshops were held over a three-month period to ensure that all staff took part. The workshops involved informative presentations, round-table group working, role-playing exercises, and feedback sessions.  The sessions were mandatory, and required significant reorganisation of staff work schedules to achieve.

Six workshops were delivered in total. Each workshop had the Director or Assistant Director present (often both). Sasha Roseneil, the Dean of Social and Historical Sciences attended the launch workshop to endorse the approach.