UCL’s It’s All Academic fundraising campaign has broken through the £500m milestone one year ahead of schedule by achieving £525m in philanthropic donations. 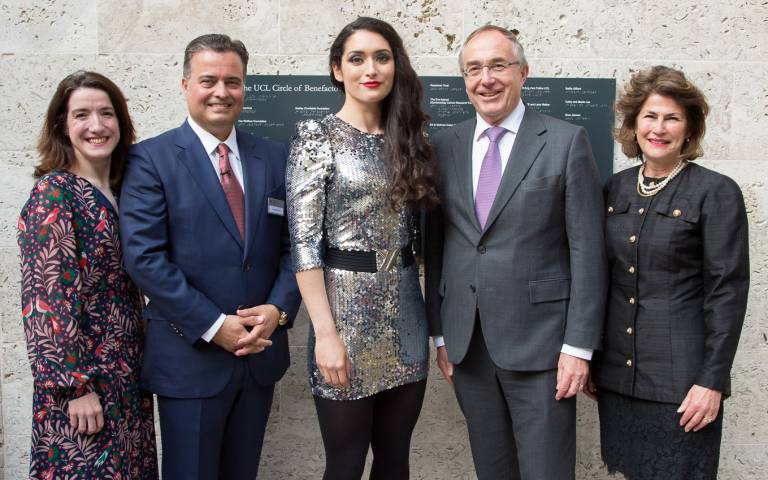 To celebrate the far-reaching effect of major philanthropy, UCL has unveiled a new Donor Wall at the heart of its Bloomsbury campus.

The art installation, created by Slade School of Fine Art graduate Dr Sarah Fortais, features aluminium and bronze cast hands of around 60 of UCL’s most generous donors who have given £1 million or more.

Individuals and institutions featured on the Donor Wall include:

Professor Michael Arthur, UCL President & Provost, said: “UCL’s new Donor Wall is a celebration at the heart of our campus of the power of philanthropy and the vision of those who give. It is thanks to this transformational philanthropy that some of UCL’s most impactful work is now directly benefiting lives around the world. I am delighted that we are building recognition of our generous donors into the fabric of UCL.”

Dr Sarah Fortais, the artist and Slade School of Art alumni who designed the Wall, said: “When designing the Donor Wall, I became specifically interested in the physical, emotive presence of cast hands, since gesturing hands seemed to capture my core experiences as a student, staff member, and volunteer of UCL - of supporting, welcoming and teaching. Ultimately, the design intends to make our benefactors visible on campus in a way that emphasises the sense of community and opportunities that their involvement facilitates.”