Sleeping for too little or too long linked to poorer memory

Sleeping for less than seven hours or more than nine hours could adversely affect cognitive performance such as visual memory and reaction time, according to a new UCL study. 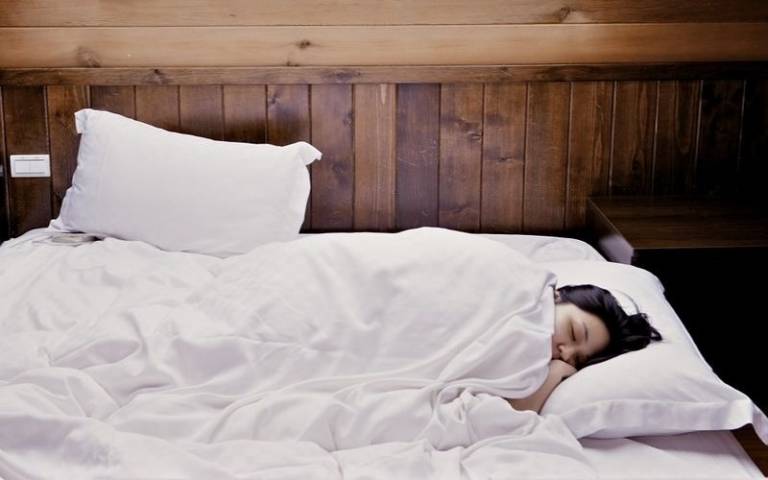 The study, published in the International Journal of Epidemiology, is the first to examine whether there is a potential causal link between sleep and cognitive function and dementia by analysing genes associated with sleep duration using the Mendelian randomization method.

Researchers found that people who slept for less than seven hours a day made 5% more errors per each hour less of sleep in a visual memory test, whilst those who slept for more than nine hours made even more errors (9% per each additional hour of sleep) in this test. On average, the study participants made 3% more errors in the visual memory test and had around a 1% slower reaction time for each additional hour of sleep a day..

Lead author, PhD candidate, Albert Henry (UCL Institute of Cardiovascular Science) said “Our study provides new evidence that both short and long sleep may have a negative impact on certain cognitive domains, such as visual memory and reaction time.”

The researchers analysed data from nearly 400,000 participants from UK Biobank as well as data from the International Genomics of Alzheimer’s Project. By analysing genetic data the researchers were able to minimise reverse causation and confounding, both of which have been important limitations of previous studies.

“This is the first time that we were able to assess a person’s lifelong sleep duration in relation to cognitive function, as opposed to only looking at how sleep is linked to these outcomes at only one point in time.”

“We would recommend that most healthy adults follow the recommendation of seven to nine hours of sleep.”

Henry added, “Previous studies have also linked sleep problems with an increased risk of dementia. We found little evidence that sleep duration is associated with the risk of dementia in the present study, but more research is needed to explore this relationship.”

“Overall, our study highlights the importance of sleep duration in relation to cognitive function. This suggests that improving sleep habits may be beneficial for cognitive health.”