The UK can be a global leader in solving crises such as climate change while stimulating economic growth if it harnesses the type of bold strategic approach used in the moon-landings, says a new report by the UCL Institute for Innovation and Public Purpose (IIPP). 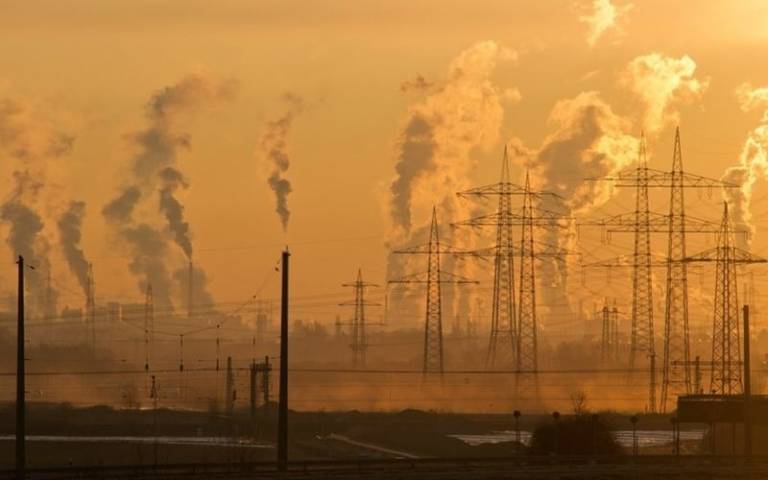 Published on Wednesday May 22, 2019, the report, produced by the UCL Commission on Mission-Oriented Innovation and Industrial Strategy (MOIIS) chaired by Professor Mariana Mazzucato and Lord David Willetts, sets out an approach to UK investment and innovation targeted at solving systemic 21st century challenges such as the future of mobility, ageing societies, clean growth and AI and data.

Titled "A Mission-Oriented UK Industrial Strategy", the report welcomes progress made to date by the Government in identifying four ‘Grand Challenges’ and subsequently announcing five ‘missions’ through the Industrial Strategy, but also pushes that now is the time to keep up the momentum. The commission recommends putting clear, bold, ambitious but achievable ‘missions’ at the heart of the UK’s economic vision. The commission’s work has previously been positively cited by Prime Minister Theresa May in her speech announcing the first four missions, almost exactly one year ago.

Professor Mariana Mazzucato, Director of UCL IIPP, said: “This report creates an ambitious but achievable path for the UK to follow if we want to be at the forefront of tackling the great challenges facing our world, from climate change to the health of ageing societies. Just as the approach that put man on the moon led to countless other technological advances that we take for granted today, government must seize the opportunity to shape and benefit society by thinking about how we focus innovation for the years to come.

“At a time when we stand at an economic crossroads, the industrial strategy can determine our approach to investment and innovation, future-proofing society and providing the best possible environment for investment and technological advances to flourish.

“Government needs to take an assertive role in creating the future, not just providing fixes - a narrow focus on the areas that private finance is prepared to sponsor today is no longer a sufficient response.”

Some of the report’s other wide-ranging recommendations aimed at helping people live “more sustainable, healthier, and longer lives” include:

Key to the recommendations is the idea that government must now take the opportunity to go further than its current programme and be bolder in its ambition and framing, becoming the “investor of first resort rather than just … a lender of last resort”.

The report explains how many radical advances in technology, such as the Internet and GPS, were created as ‘spill-overs’ along the way to solving bigger, specific challenges – and in turn how those inventions led the way for many of the society-shifting technologies we use today, such as Uber.

But the commission also advises that not seizing this opportunity to provide a “full and ambitious settlement in Spending Reviews” or change the ‘siloed’ structures of government could see the UK miss these opportunities. It also guides that where government is taking a bold, ambitious and imagination-grabbing mission-based approach – such as with the Future Homes Standard announced in the Spring Statement – the fact that these policies are part of a broader mission should be front-and-centre of government announcements in order to build public support.

“Whether it’s increasing spending on research and development to a record ever level, or agreeing Sector Deals and Local Industrial Strategies, our Industrial Strategy will help ensure we build on the UK’s expertise and ensure we become the global leaders in new and emerging technologies, while securing highly-skilled jobs and investment in all parts of the country.

“These are combined with four Grand Challenges supported by targeted missions, each focusing on areas of UK strength and future global demand – including transforming healthcare, artificial intelligence technologies and clean growth as we transition to a net zero carbon economy.”

On the Industrial Strategy and Brexit, the MOISS report says: “In an environment in which the UK is likely leaving the EU and facing broad economic challenges, this opportunity to put the UK at the forefront of strategic technology areas and solutions to global problems must not be missed. The Industrial Strategy must be used to capture political and social imagination around an economic vision of progress and to drive the UK’s future international competitiveness.”

On the example of the moon landings and other technological advances, the report says:

“We can learn from history. Multiple organisations and sectors worked together to try and achieve the mission of enabling satellites in space to communicate. The outcome was the internet.

“Turning these challenges into concrete problems that drive innovation across multiple sectors and actors requires learning from ‘mission-oriented’ policies that, in the past, have achieved specific objectives, whether landing a man on the moon, or battling climate change. Britain has done this too, even whilst denying it had an Industrial Strategy: the promotion of the City of London as a global centre of finance; the efforts put into the revival of the automotive industry, especially in the North East; and playing a leading role in the mission of sequencing the human genome.

“While the archetypical historical mission is NASA putting a man on the moon, contemporary missions aim to address broader challenges that require long-term commitment to the development of challenges that are as much social as technological.”