Climate change has already increased the spread and severity of a fatal disease caused by Ranavirus that infects common frogs in the UK, according to new research led by ZSL’s Institute of Zoology, UCL and Queen Mary University of London. 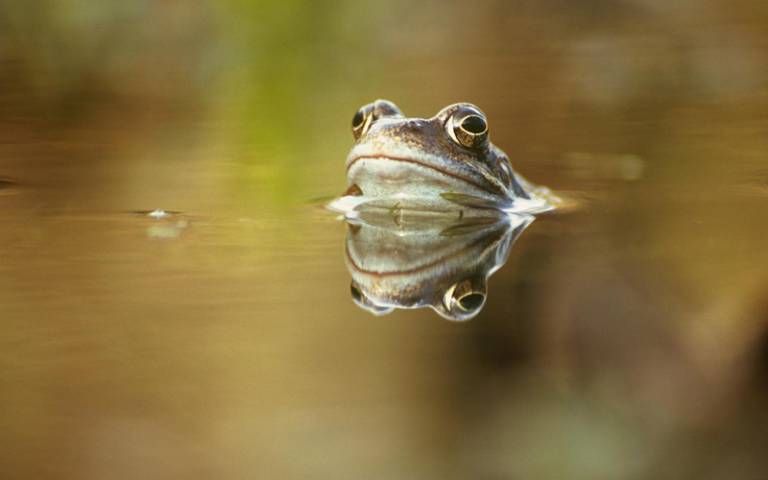 In the paper published today in Global Change Biology, the researchers report an increase in disease affecting the Rana temporaria frogs.

“Climate change isn’t something that’s just happening in faraway places – it’s something real and present that’s already had hard-to-predict impacts on wildlife in our own back gardens here in the UK,” said lead author Dr Stephen Price (UCL Genetics, Evolution & Environment and ZSL’s Institute of Zoology).

“A number of scientists have already alluded to the fact that climate change could increase the spread of disease, but this is one of the first studies that provides strong evidence of the impact of climate change on wildlife disease, and helps to explain how it may facilitate the spread of Ranavirus across the UK.”

Historic trends in mass-mortality events attributed to the disease were found to match the pattern of increased temperatures recorded over recent decades, with disease outbreaks predicted to become more severe, more widespread and occurring over a greater proportion of the year within the next few decades, if carbon emissions continue at their current rate.

The findings help explain the seasonality of the disease, with incidence peaking during the hottest months of the summer, showing that climate change could see outbreaks becoming more frequent from April to October. Disease outbreaks in the spring could result in the deaths of large numbers of tadpoles, which could have repercussions for population survival.

Up to now, Ranavirus disease has been largely restricted to England, but as average monthly temperatures increase to exceed 16°C in more areas over longer periods, as predicted by the IPCC’s high carbon-emission model, the disease is likely to spread across most of the UK in the next 50 years.

ZSL scientists suggest that frogs may be better able to cope with infection if they have areas in which they can cool down – adding log piles, vegetation or nearby shady patches as well as keeping ponds deep will help reduce the level of sun exposure frogs receive, and thus reduce the growth rate of the virus.

Professor Trenton Garner at ZSL’s Institute of Zoology said: “Many studies in amphibian disease cannot do much beyond saying ‘we have a problem’. This research offers a number of options for mitigation; however, this is only a short-term solution of course – if we don’t eventually slow and reverse human-driven climate change, we unfortunately can only expect things to get worse for our amphibians.”