Older adults who own concessionary bus passes are likely to report better quality of life, greater life satisfaction and fewer depressive symptoms than peers who do not have the benefits of free bus travel, according to a new UCL-led study. 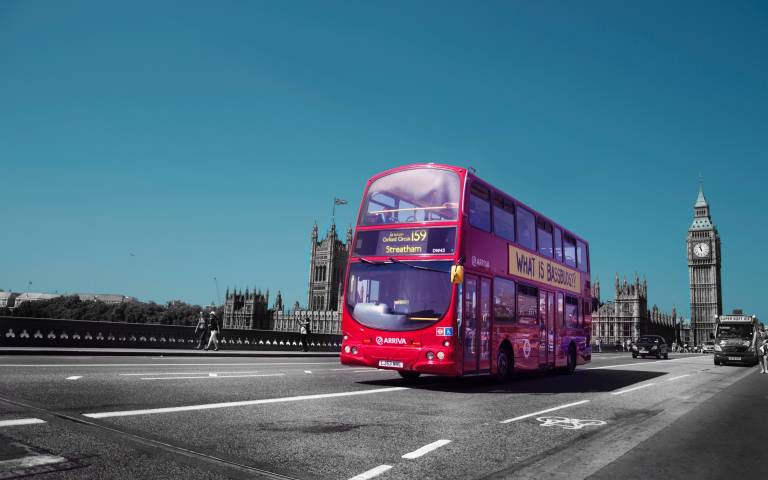 The study, published today in the Journal of Transport & Health, found that older adults with bus passes were also more physically active and less socially isolated than counterparts without bus passes.

Free bus travel for older people has been available across the UK for more than a decade. In England alone, the scheme costs about £1.17 billion a year, and some have called for the concession to be means-tested, limiting it to the less well-off.

The latest study is believed to be the first time the policy’s effects on wellbeing and health have been tested.

“And because mental health has knock-on effects for physical health, maintaining wellbeing is also likely to help people stay physically healthy in later life, reducing the financial costs associated with an ageing population.”

The research looked at surveys of 5,861 people in England, all of whom were aged over 62 and therefore eligible for free bus travel. The data came from the English Longitudinal Study of Ageing and had been collected in 2012 and 2013.

The authors said being physically active and less isolated was likely to explain at least part of the increase in wellbeing among bus pass users.

Wellbeing was measured using surveys designed to measure life satisfaction, quality of life and depression. The differences in life satisfaction and quality of life between the two groups were modest but statistically significant (3.4% and 3.3%). However, those without a bus pass scored 11.8% higher in a survey designed to assess depressive symptoms.

The study could not determine cause and effect, but the authors suggested the association between increased wellbeing and bus pass ownership was likely to be “bidirectional”. For instance, people who are more physically active may make greater use of a bus pass, but having a bus pass is also likely to encourage greater physical activity.

In England, all adults are entitled to free bus travel once they reach the female state pension age. For those people involved in the study, this was 62. In Scotland, Wales and Northern Ireland, free bus travel is available to people aged 60 and over.

The study was carried out in collaboration with researchers from the University of Oxford, Western Sydney University, the Institute of Neuroscience of the National Research Council in Padova, University of the Highlands and Islands, Medical University of Vienna, and Anglia Ruskin University.

Photo by Caio Resende from Pexels