Damage to the planet is so dire that people’s health will be increasingly threatened unless urgent action is taken, according to the UN’s sixth Global Environmental Outlook (GEO-6), co-chaired by Professor Paul Ekins (UCL Institute for Sustainable Resources). 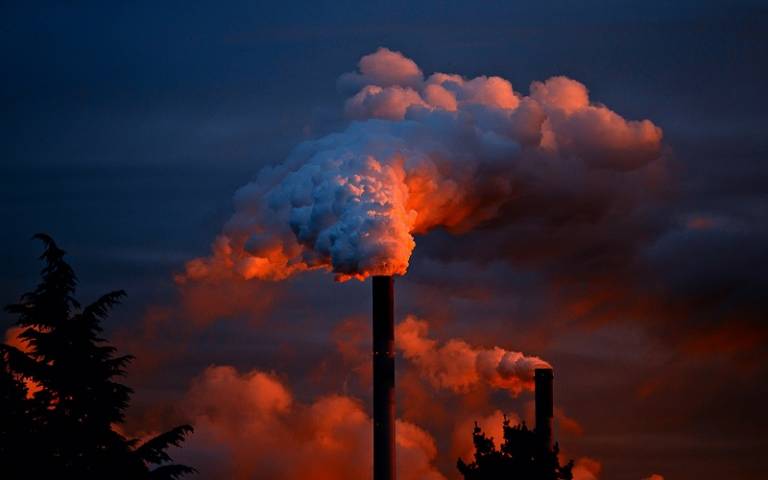 The report, produced by 250 scientists and experts from over 70 countries, found that cities and regions in Asia, the Middle East and Africa could see millions of premature deaths by the middle of the century unless we drastically improve environment protection work.

Scientists also found that pollutants in our freshwater systems  will lead to an increase in anti-microbial resistance, making it the number one cause of death by 2050, and could lead to a further growth in endrocrine disruptors impacting male and female fertility and child neurodevelopment.

Professor Ekins said: “GEO-6 is the most comprehensive and authoritative compilation of evidence yet published of the critical challenges facing humans in respect of their impacts on the Earth and its natural systems. The report shows unequivocally that continuance along current paths of economic development will lead to unprecedented hardship for billions of people, as the most basic systems that support human life on Earth start to unravel.

“But it also shows that policies and technologies exist to fashion new development pathways that will avoid these risks and lead to the health and prosperity for all people that is envisaged by the United Nations’ Sustainable Development Goals.

“What is currently lacking is the political will to implement these policies and deploy these technologies at sufficient scale. The fourth United Nations Environment Assembly (UNEA-4) in Nairobi in March needs to be the occasion when policymakers face up to the challenges and grasp the opportunities of this much brighter future for humanity.”

The GEO-6 report has been released as the fourth UN Environment Assembly takes place in Nairobi, Kenya, attended by environment ministers from around the world. Negotiations are expected to tackle critical issues such as food waste, promoting the spread of electric mobility and tackling the crisis of plastic pollution in our oceans.

Joyce Msuya, Acting Executive Director of UN Environment said: “The science is clear. The health and prosperity of humanity is directly tied with the state of our environment. This report is an outlook for humanity. We are at a crossroads.

“Do we continue on our current path, which will lead to a bleak future for humankind, or do we pivot to a more sustainable development pathway? That is the choice our political leaders must make, now.”

The report advises that adopting less meat-intensive diets and reducing food waste in both developed and developing countries would reduce the need to increase food production by 50% to feed the projected 9-10bn global population in 2050.

At present, 33% of edible food is wasted globally and 56% of waste occurs in industrialised countries.

The report says that improved governance, land-use planning and green infrastructure could increase citizens’ well-being whilst decreasing their environmental footprint. Strategic investment in rural areas would reduce pressure on people to migrate.

Curbing the flow of eight million tons of plastic pollution going into oceans each year is essential; whilst the issue has received public attention in recent years, there is still no global agreement to tackle marine litter.

Policy interventions that address entire systems, such as air pollution, rather than individual issues such as a stable climate or clear air, can be more effective.

The projection of a future healthy planet with healthy people is based on a new way of thinking where the ‘grow now, clean up after’ model is replaced with a ‘near-zero-waste-economy’ by 2015.

The GEO-6 found that a green investment of 2% GDP would deliver long-term growth equal to current projections, but with less impact on the climate and ecosystems.