A single course of antibiotics can change the composition of oral and gut microbiomes for at least a year, according to a modelling study by UCL researchers. 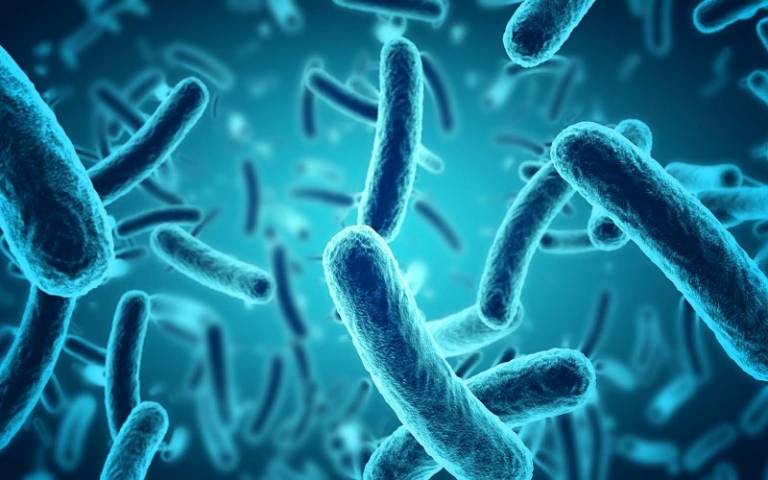 Moreover, this change leads to a decrease in the number and types of microbes found in the gut, but an increase in the diversity of the oral microbiome. These patterns have been previously associated with poorer health, although the full impacts are not yet known.

The microbiome is the name given to the collection of 10-100 trillion microorganisms such as bacteria, viruses, fungi and microscopic animals that live all over our bodies, and how they interact with the environment around them.

Over 95% of the microbiome’s bacteria live in the gut. Maintaining a healthy gut with hundreds of species of bacteria is thought to be beneficial, but the impacts of antibiotic-driven shifts of the human microbiome have yet to be fully assessed.

“Though we don’t fully understand the exact role the microbiome plays in maintaining health, the effect of antibiotics is dramatic and are likely to be of some importance,” explained study author Professor Francois Balloux (UCL Genetics Institute).

“We think it’s particularly relevant to children in the developing world, where a vicious circle of malnutrition and poor sanitary conditions are likely amplified by repeated courses of antibiotics to fuel a vicious circle leading to stunted development.”

For the study, published today in The ISME Journal, the researchers developed a simple, quantitative model to measure the impact of antibiotics on the gut and oral microbiome by tracking the diversity of microbes. The model was successfully tested using clinical data from previous peer-reviewed studies.

“People have known that antibiotics decrease the diversity of microbes in the gut before it recovers, but the model we’ve developed suggests that the disturbance may transition the microbiome to a new composition, perhaps permanently,” said first author Dr Liam Shaw (UCL Genetics Institute and CoMPLEX).

“If you picture the state of the microbiome as a ball resting in a valley, antibiotics can ‘kick’ the ball up and out of the valley into a different valley, where it may not be able to return to the first one.”

The team fitted the model to data from a previous study of the year-long effects of short course of four common antibiotics – ciprofloxacin, clindamycin, minocyline and amoxicillin –against a placebo.

They found the model agreed with data from individuals who received antibiotics over placebos, with the biggest disturbance to the gut and oral microbiomes seen in individuals given ciprofloxacin and clindamycin.

For individuals treated with these antibiotics, the gut microbiome changed to a less diverse state with fewer types of bacterial species, whereas conversely the oral microbiome showed an increase in diversity.

The model also revealed that the effects of clindamycin persist for a year after exposure, which hadn’t been apparent from the data previously.

“As we only used a small sample size and only tracked one metric – diversity – we must be cautious about over-interpretation of the results. Our model certainly doesn’t capture the full complexity of the microbial community,” said Professor Balloux.

“Even so, the impact we saw raises concerns about the length of antibiotic courses and the long-term impacts of antibiotic use. We think it’s particularly relevant to children in the developing world: a vicious circle of malnutrition and poor sanitary conditions might be amplified by repeated courses of antibiotics.”

“We do know that where gut populations of microbes take a long time to recover, or sometimes don’t recover at all, individuals are likely to be at more risk from colonisation and overgrowth of pathogenic species,” added Dr Shaw. “Antibiotics are sometimes extremely necessary, but this kind of ‘collateral damage’ – which varies by antibiotic – should probably be considered more in the future when making prescribing decisions.”

The team are interested to apply their model to other datasets, with the hope of developing a consistent framework for quantifying the impact of antibiotics on the microbiome.