Children report similar levels of wellbeing and school satisfaction regardless of whether they live in a selective education area - and may or may not attend a grammar school - or live in a ‘comprehensive education’ area, according to UCL research. 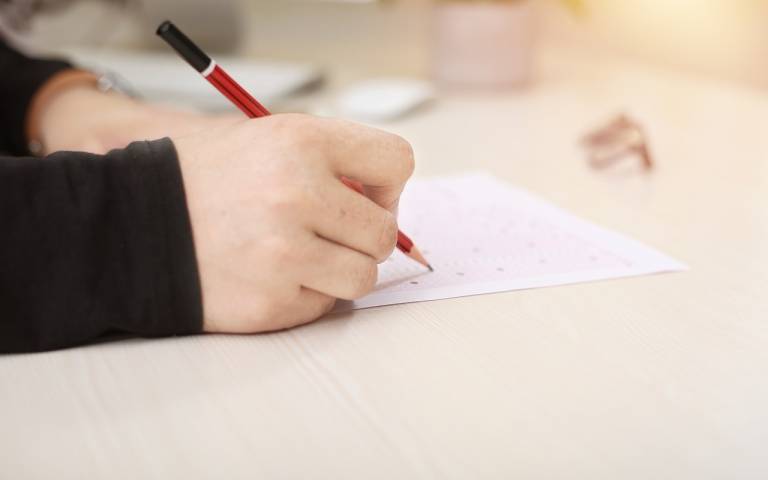 The study found children from all types of schools had similar levels of vocabulary and school motivation, but children in selective schools had higher expectations of staying in school and attending university.

The study, published today in the American Education Research Journal and funded by the Nuffield Foundation, set out to explore how academic selectivity of school systems across England affects young people’s social and emotional skills.

Researchers analysed data from nearly 4,785 children from the Millennium Cohort Study at ages 11 and 14. 1,094 children lived within a ‘selective’ part of England and the other 3,690 lived in a ‘comprehensive’ area.

“There has been surprisingly little research on the links between selection at an early age and mental health. In order to empirically investigate the effect of exposure to the selection process, we compared pupils living in selective areas to pupils living in non-selective areas,” explained lead author, Professor John Jerrim (UCL Institute of Education).

In terms of socio-emotional outcomes between pupils in ‘selective’ areas compared to those in ‘comprehensive’ areas the researchers found the most noticeable difference was regarding educational expectations (whether young people expected to attend university). For example, if 100 children were ranked by how likely they were to expect to go to university (with 1 = the most likely and 100 the least likely), grammar pupils in selective areas would be eight places higher up this ranking than a comparable child within a comprehensive area.

In terms of the most noticeable difference between grammar and non-grammar pupils within selective areas, researchers found a short-term positive effect at age 11 regarding ‘academic concept’ (eg, I am good at English). By age 14 this was not apparent. At age 11 for example, if 100 pupils were ranked in terms of their self-concept, grammar school children would be around 10 places higher in this ranking than non-grammar pupils, but there would essentially be no difference at age 14.

Overall by age 14 - three years after children have entered secondary school - there were few positive effects on wellbeing from attending a grammar school.

“If exposure to the academic selection process affected pupils’ mental states, then we could expect to see an association between living in a selective area and pupils' social and emotional outcomes around the time they take entrance exams, but we observed no such relationship. Likewise, there was no evidence that going through the academic selection process or taking an entrance exam had any lasting effect upon children’s wellbeing,” explained Professor John Jerrim.

“We did find, however, that selective education areas have wider socio-economic differences in the extent to which parents and children expect to stay on at school and continue to university."

Besides England, there are a number of other countries in Europe including Germany and the Netherlands, as well as schools in certain areas of the US, which apply academic selection by age 11.

The researchers highlighted a need for policymakers who are looking to improve higher education access or educational equity, to consider reducing levels of academic selection.

“This could be achieved by changing the admissions codes in non-selective schools, for example by moving away from admission-by-distance criteria and avoiding highly homogenous school intakes. In any case, our results suggest that aspirations towards higher education amongst disadvantaged pupils may benefit from increased exposure to highly aspirant peers,” added Professor Jerrim.

Josh Hillman, Director of Education at the Nuffield Foundation, said: “These findings are important because they suggest that by age 14 attending grammar school has little effect on children’s wellbeing. Children attending selective schools did, however, have higher expectations for staying in school and attending university.

"In addition, we know from previous evidence from this study that the use of private tutoring heavily skews access to grammar schools in favour of wealthier families, working against claims that they increase social mobility. This evidence calls into question the government’s rationale for spending money on expanding selective education rather than on improving education for all young people.”