Smokers who switch to e-cigarettes could save £780 a year

People who smoke report spending £1,200 a year on cigarettes while those who use e-cigarettes only spend £417 a year on those products, according to a new UCL study. 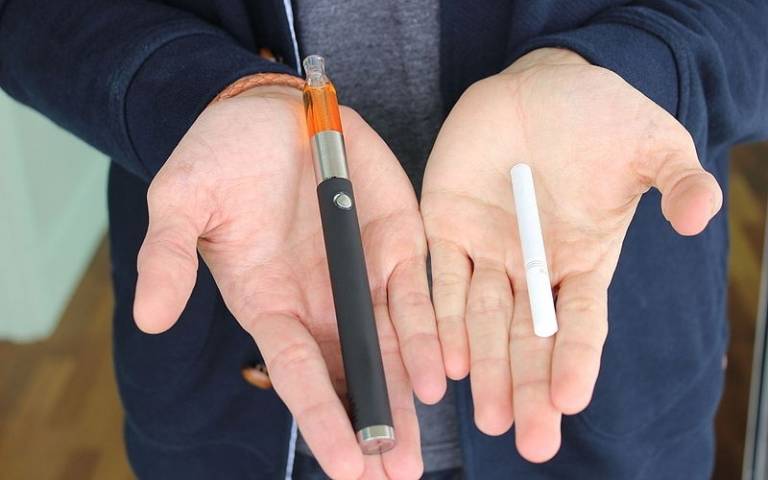 These findings suggest completely switching to e-cigarettes may save people around £780 a year, equivalent to £15 a week. Those who used nicotine replacement therapy reported spending £523 a year, meaning a switch to NRT might save around £680, equivalent to £13 a week.

The study, published in the journal Addiction and funded by Cancer Research UK, compared the amount people spent on smoking with the expenditure involved in using e-cigarettes or NRT.

It found the average expenditure of using e-cigarettes or NRT was about a third that of smoking.

Dr Sarah Jackson (UCL Epidemiology & Health Care), lead author, said: “A third of smokers list cost as an important factor driving their desire to quit. Our study shows that if people switch completely to alternative products such as e-cigarettes or NRT, a substantial saving could be made. While the absolute cost saving will vary according to individual usage patterns, we estimate that ex-smokers who have switched to e-cigarettes or NRT spend about £13-15 less per week than the average smoker.

“The costs of these products should therefore not discourage people from using them to help them quit smoking.”

The study looked at surveys of 859 people aged over 16 in England who either smoked or used alternative nicotine products. The surveys were from the Smoking Toolkit Study and were carried out between September and November 2018.

Participants were asked how much they spent on average each week on smoking and alternative nicotine delivery products. E-cigarettes are used in one third of quit attempts, while NRT products are used in nearly a quarter of such attempts.

Kruti Shrotri, Cancer Research UK’s tobacco control manager, said: "Quitting smoking is the single best thing a smoker can do for their health. And e-cigarettes are one of the many tools that can help. We need more research to determine the long-term effects, but studies so far have shown that e-cigarettes are less harmful than tobacco. With a more affordable price tag, it’s an alternative option for smokers looking to quit and make savings.”

The study authors said the potential cost saving could be over- or under-estimated because e-cigarettes are available at a range of prices. They also noted that e-cigarettes are cheaper than cigarettes in England, but this may not be the case in other parts of the worlds, in particular in low- or middle-income countries.

The study found that e-cigarette expenditure was higher among men, and among users in the south of England compared to the north.