Capuchin monkeys have been using stone tools for around 3,000 years

A group of wild monkeys, bearded capuchins, have been employing stone tools for around 3,000 years, and their use of the technology has changed over this period, according to a new UCL study. 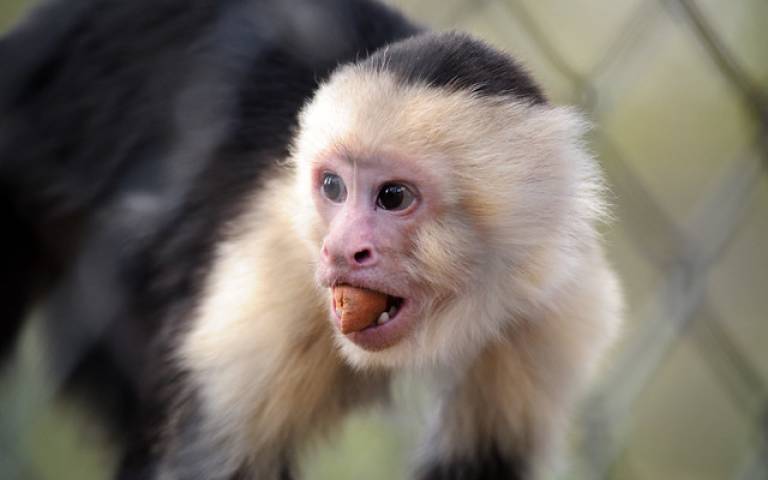 The study, published in Nature Ecology & Evolution, finds that wild capuchins at Serra da Capivara National Park in Brazil have been using stone tools for processing a variety of food types over at least the past 3,000 years.

“From the excavations at one of these behavioural locations, Caju BPF 2, there is evidence of about 450 generations of repeated, but not necessarily continuous, capuchin tool use.”

For percussive tasks, such as nut cracking, the wild capuchins use rounded quartzite cobbles as hammer stones, which are readily available in the immediate landscape. For anvils, they use tree roots and limbs as well as loose cobbles and blocks of rock.

The study suggests that stone hammers were being used to crack open and process small or soft food like seeds during the earliest phase of occupation, around 3,000 years ago.  Over time, stone tools were used to process other types of harder food, such as cashew nuts.

Dates from the lowest excavation levels pinpoint the earliest known capuchin occupation to approximately 3,000 - 2,400 years ago.

Dr Proffitt concluded: “It has long been known that humans possess a long archaeological record. However, this study contributes to a growing understanding that other animals also possess an identifiable archaeological record and an ancient material culture. The identification of the world’s oldest monkey stone tools contributes to the growing field of primate archaeology and goes to show that humans might not be as unique as we once thought.”