Married couples have a stronger grip and walk faster

Older married men and women are more physically capable than their unmarried or cohabiting peers, according to a new UCL study. 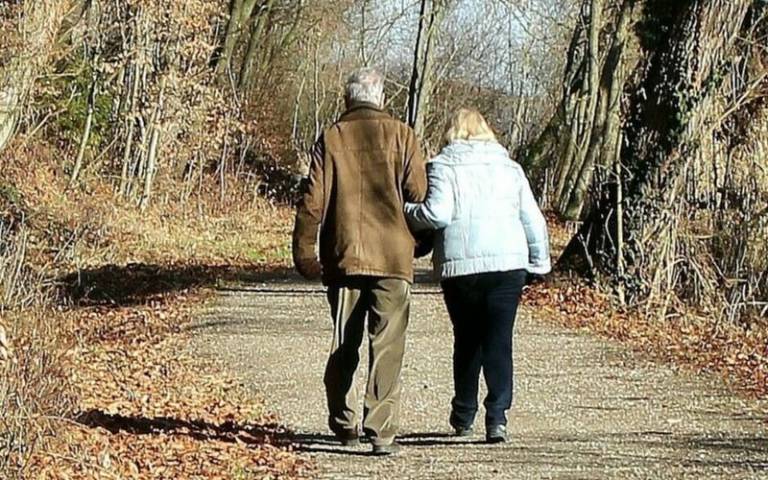 The study, published today in PLOS One journal, analysed data from over 20,000 people from England and the United States from the English Longitudinal Study of Ageing (ELSA) in 2008 and the US Health and Retirement Study (HRS) in 2006 and 2008.

The study took two measures of physical capability in adults aged 60 years and older. These measures - walking speed and grip strength - are good indicators of people's current independence in everyday activities and also of their future needs for social care and risk of mortality.  People who have a weaker grip strength would have more difficulty opening a jar, whilst those with a slower walking speed would have difficulty crossing a pedestrian crossing in time at the green man.

“We know from previous research that married people live longer and report better physical and mental health, but there is limited evidence on the association between marriage and physical capability,” explained lead author, Dr Natasha Wood (UCL Institute of Education).

“Much of the advantage that married people have is because they are, on average, wealthier than those who are not married and greater wealth has been linked with better physical capability.”

The majority of these differences disappeared once the researchers had accounted for wealth.

Dr Wood added: “Given more people are entering older ages having never married, or having made a transition out of marriage, either through divorce or widowhood, these results could mean that in the future more people can expect to experience more difficulties with every day activities at older ages.

Funding was provided by the Economic and Social Research Council (ESRC).