Depression linked to social media twice as high among girls

Girls are twice as likely to show signs of depressive symptoms linked to social media use compared to boys at age 14, according to new UCL research. 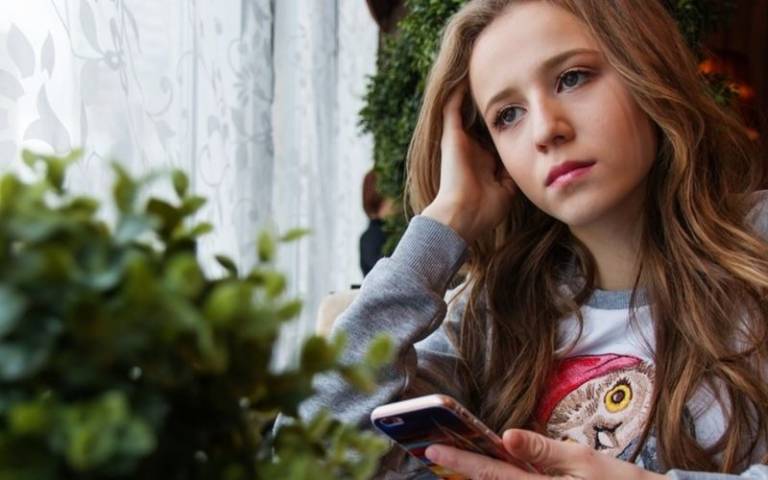 The paper, published today in EClinicalMedicine, is the first of its kind to look at associations between social media and depressive symptoms and analysed data from nearly 11,000 young people from the Millennium Cohort Study.

The participants completed information on their social media use, online harassment, sleep patterns, self-esteem and body image – all of which are potential pathways to having depressive symptoms; additionally, they completed a Moods and Feelings Questionnaire – a widely validated internationally used screening (not diagnostic) tool for depressive symptoms. The questionnaire has 13 questions and asks young people about whether, in the previous two weeks, they have felt miserable, cried a lot thought they could not be as good as others, found it hard to think properly or concentrate (for example).

The researchers found that 14-year-old girls were heavier users of social media with two fifths of them using it for more than three hours per day compared with one fifth of boys. Only 4% of girls reported not using social media compared to 10% of boys.

“For boys, higher depressive symptom scores were seen among those reporting three or more hours of daily social media use.”

When the researchers examined the underlying processes that might be linked with social media use and depression they found 40% of girls and 25% of boys had experience of online harassment or cyberbullying and 40% of girls compared to 28% of boys said their sleep was often disrupted. When it came to body image, self-esteem and appearance - while more girls were affected, the gap with boys was not as great.

Professor Kelly added: “These findings are highly relevant to current policy development on guidelines for the safe use of social media and calls on industry to more tightly regulate hours of social media use for young people. Clinical, educational and family settings are all potential points of contact where young people could be encouraged and supported to reflect not only on their social media use, but also other aspects of their lives including on-line experiences and their sleep patterns.

“At home, families may want to reflect on when and where it’s ok to be on social media and agree limits for time spent online. Curfews for use and the overnight removal of mobile devices from bedrooms might also be something to consider.”

Shirley Cramer, Chief Executive, Royal Society of Public Health (RSPH) commented: “This important new research confirms that we need to increase awareness and understanding amongst parents, schools and policy makers about the role of social media in our young people’s mental health, particularly taking into account the increased risks for girls.”