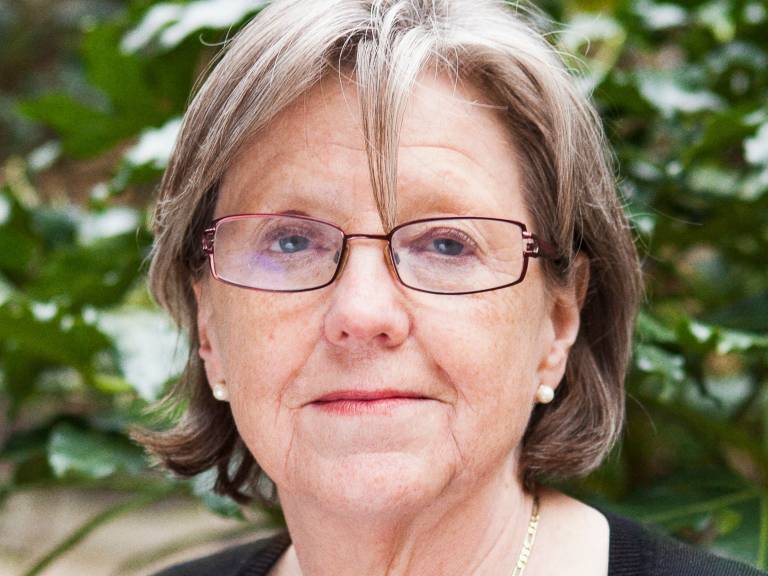 Professor Mace, founding director of the UCL Centre for Biodiversity & Environment Research and UCL Professor of Biodiversity and Ecosystems, was jointly awarded the Ecology and Conservation Biology category of the prize with Professor Gretchen Daily of Stanford University.

The awards committee described the two ecologists as “visionary”, emphasising that they had both devised indispensable tools to help combat species loss.

“While they have never worked directly together, their impact on global conservation has been strongly synergistic,” the committee said. “The two are leaders in documenting the alarming declines in global biodiversity in the midst of our planet’s sixth extinction crisis and have developed policy and economic instruments for effective biodiversity protection.”

On hearing the news, Professor Mace said: “I am absolutely delighted to receive this award and thank the BBVA and the expert jury for recognising me in this way. I hope that it draws attention to the significance of biodiversity for thriving human societies, something that my co-winner Gretchen Daily and I have both worked to highlight in our research work.”

The BBVA Foundation Frontiers of Knowledge Awards, established in 2008, recognise and reward contributions of singular impact in science, art and the humanities, prioritising achievements that expand knowledge, open up new fields, or emerge from the interaction of various disciplinary areas.

The committee acknowledged Professor Mace’s seminal work in defining the scientific criteria for assigning species to a categories of threat in the famous Red List of Threatened Species, produced by the International Union for the Conservation of Nature (IUCN).

The Red List is a comprehensive inventory of global biodiversity loss that aims to ensure effective conservation measures. It was adopted as a yardstick for conservation policies in 2005, and now includes information on over 90,000 species.

However, when the Red List initially came into use in the 1960s, it was drawn up on the basis of experts’ subjective recommendations. But in the late 1980s and early 1990s, Professor Mace coordinated the effort to define ecological parameters that would indicate a relatively high risk of species extinction, based on factors such as population size, area of distribution and the rate at which a population was declining.

The award also celebrates Professor Mace more recent research on the value of biodiversity and the concept of “ecosystem services” – the many and varied benefits that humans gain from the natural environment and properly-functioning ecosystems.

“One of the reasons that we worry about species going extinct is that the wellbeing of many people worldwide depends on having natural communities of species interacting and ecosystems functioning in a relatively robust way. Without functioning natural systems, human societies would definitely lose out on benefits that we now take for granted,” said Professor Mace.

She emphasised that the benefits extend beyond the monetary value of services like pollination or natural pest control with services such as the nutrient cycling or the water cycle being invaluable and fundamental; processes without which, life itself would not be possible.

“Over the course of human history, we have gradually eroded both the diversity and the abundance of all the rest of life on Earth, and the loss of species is continuing, with no evidence that it has slowed, so we do need to act on it,” Professor Mace concluded.

Professor Geraint Rees, Dean of UCL Life Sciences said: “Georgina is an inspirational scientist and it’s fantastic to see her achievements recognised with this award. Through her research and roles on committees both in Britain and internationally, Georgina not only draws attention to some of the biggest challenges facing our planet today but works hard to find creative solutions that have real-world impact.”