Ocean plastic pollution is distracting from bigger environmental issues such as climate change and overfishing, according to scientists at UCL and Bournemouth University. 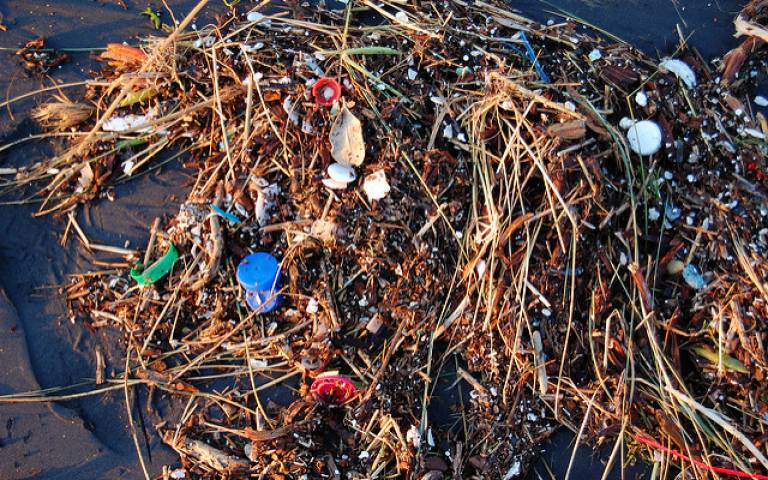 In a new article, published in Marine Policy, the academics argue that plastics have become the focus amongst media and the public through the draw of simple lifestyle changes, such as reusable water bottles and ‘quick fix’ technological solutions to plastic pollution.

The scientists are calling this environmental greenwashing, encouraged by large corporations and many governments, and which ultimately distracts us from addressing the major environmental issues of climate change and biodiversity loss.

“It is not our intention to question the importance of plastic pollution but to highlight how this fascination with ocean plastics could be at the expense of neglecting other more pressing concerns. We need to place environmental issues at the heart of our political and economic systems, and address overconsumption and overuse of natural resources as our number one priority that underlies most environmental challenges. Unless we do this, we can’t save the planet from plastics, biodiversity loss or climate change,” said co-author Dr Peter Jones (UCL Geography).

While some have hoped that individuals, corporations and governments recognising and reducing plastic consumption will lead to other lifestyle and policy changes that will progress to addressing climate change and overfishing (known as the ‘gateway’ view), the scientists in this new study fear that optimism engendered by reducing plastic consumption could lead to apathy (the 'complacency' view) at a crucial window in time for the more radical actions that are urgently needed to mitigate climate change.

The actual environmental implications of plastic pollution are unknown, but many studies show little direct toxicity effect, and while plastic has been shown to result in death of seabirds, whales, fish and seals, there is little data on the population level effects of plastic on wildlife. This contrasts with the urgent need to address climate change and reduce biodiversity loss, which have been well established in recent international scientific reports.

“In terms of reducing plastic pollution, there’s a huge emphasis on individual choices, such as refusing single-use coffee cups or plastic straws. There’s also a range of technological solutions, from the Ocean Clean-up project which is trying to ‘sieve’ plastic from the ocean directly, through to new plant-based plastic alternatives. These individual choices and technological ‘fixes’ are simply minor tweaks to a political and economic system which needs a major overhaul, and allow ‘business as usual’ to continue,” said co-author Professor Richard Stafford (Bournemouth University).

“While small steps have been or are planned to help reduce plastic waste, this should not prevent the large-scale systemic changes needed internationally to tackle all environmental concerns. This includes longer-term more effective solutions to the plastic problem, extending to more radical large scale initiatives to reduce consumption, decarbonise economies and move beyond materialism as the basis for our wellbeing,” concluded Dr Jones.