A critical pathway within the body’s immune system has been discovered which could potentially lead to new treatments for some of the most devastating human diseases, finds a new study co-authored by UCL researchers. 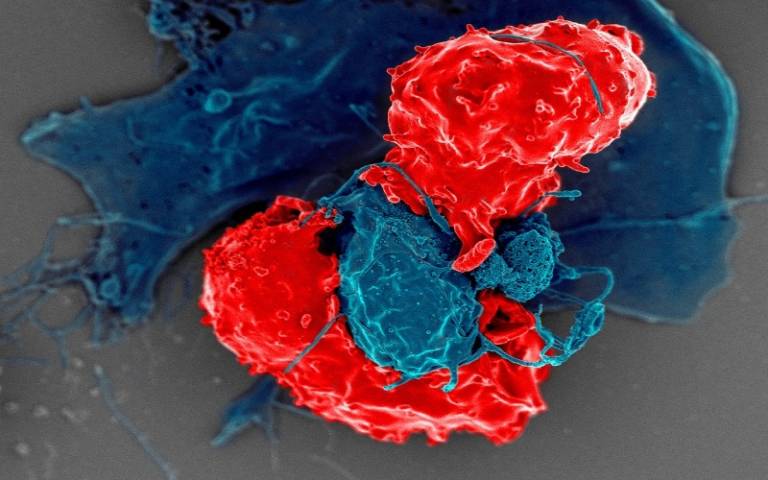 Professor Richard Jenner (UCL Cancer Institute) collaborated with study-lead Professor Graham Lord, (University of Manchester), as part of a 10 year study, looking at the regulatory networks within the immune system.

Published in The Journal of Clinical Investigation, the study identifies for the first time the molecular pathway that is regulated by a tiny molecular masterswitch - known as microRNA-142.

microRNA-142 controls Regulatory T cells, which modulate the immune system and prevent autoimmune disease. It is, researchers found, the most highly expressed regulator in the immune system.

Researchers believe this is a major advance in our understanding of the immune system and could translate into treatments for autoimmune diseases including Cancer, Diabetes, Multiple Sclerosis and Crohn’s Disease within a few years.

Professor Lord, who led the research while at Kings College London, said: “Autoimmune diseases often target people in the prime of their life creating a significant socio-economic burden on them. Sometimes, the effect can be devastating, causing terrible hardship and suffering.

“But these findings represent a significant step forward in the understanding of the immune system and we believe many people worldwide may benefit.”

If the activity of Regulatory T cells is too low, this can cause other immune cells to attack our own body tissues. If these Regulatory T cells are too active, this leads to suppression of immune responses and can allow cancers to evade the immune system.

So being able to control them is a major step forward in our ability to control- and harness – the therapeutic power of the immune system.

Professor Richard Jenner, who led the computational side of the project, said that: “We were able to trace the molecular fingerprints of this molecule across other genes to determine how it acted as such a critical regulator.”

Professor Lord, now Vice President and Dean of the Faculty of Biology, Medicine and Health at The University of Manchester, added: “Scientists over the past decade or so have developed therapies which are able to modulate different pathways of the immune system. We hope that this new discovery will lead to the development of new ways to treat autoimmunity, infectious diseases and cancer and we are incredibly excited about where this may lead.”