Poorest patients most at risk from emergency surgery

The risk of dying as a result of emergency surgery is significantly higher for patients living in the most deprived areas, a new UCL-led study finds. 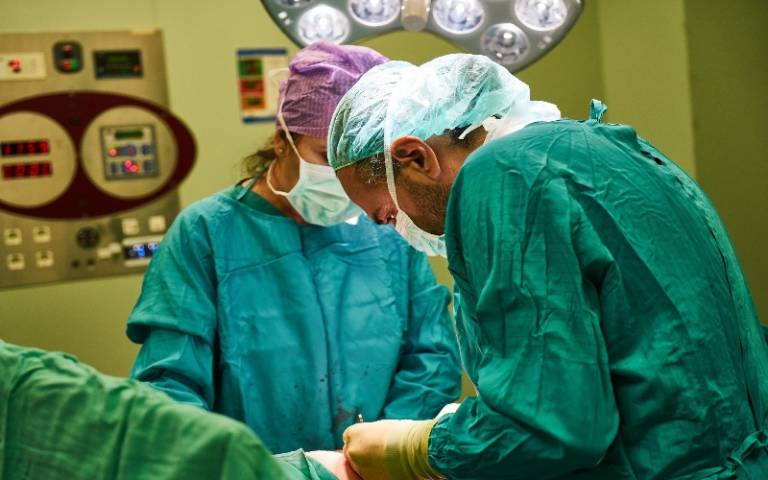 The research, published in the British Journal of Anaesthesia, examined the outcomes of nearly 59,000 patients who underwent an emergency laparotomy - one of the most commonly performed major emergency surgical procedures.

Researchers found that even after adjusting for pre-existing conditions at the time of surgery, the risk of dying for patients from the most deprived areas was 29% higher, compared with those from more affluent areas.

The study also found significant regional variations with nearly a quarter of the most deprived patients living in the North West. The least deprived patients were more widely distributed, but predominantly lived in the South and South East of England.

Researchers say we need to look to factors such as housing, childcare, employment and working conditions to determine how to achieve better outcomes for the poorest patients.

Commenting on the findings, lead author Dr Tom Poulton (UCL Division of Surgery & Interventional Science) said:  “We need to be looking beyond acute patient care provided immediately before, during and after surgery.

“As well as raising awareness of health issues, we should be looking beyond the normal remit of healthcare professionals, to housing, childcare, education, employment and working conditions in determining how to achieve the best possible outcomes for patients undergoing major surgery.”

Co-author Professor Ramani Moonesinghe (UCL Division of Surgery & Interventional Sciences), said: “We are satisfied we have identified a significant association between patient poverty and the mortality rates following this commonly performed emergency procedure.

“However, currently there are no data to indicate the precise reasons for this link. Possible causes could include delayed diagnosis or presentation to hospital, along with follow up access to healthcare services after discharge.”

Professor Hugh Hemmings, Editor in Chief of the British Journal of Anaesthesia said: “This is an important piece of research contributing to our understanding of the socio-economic factors contributing to 30-day mortality after emergency surgery.  This multicentre study indicates a need for a more holistic approach to improving survival after high-risk surgery.”

Emergency laparotomy is one of the UK’s most commonly performed emergency surgical procedures.  An estimated 61,000* patients undergo the operation every year, which involves an incision into the abdominal cavity to allow examination of internal organs such as the stomach, and small or large intestines.  The procedure is classed as being high-risk with between 5.4% and 23.9% of patients dying within 30 days of surgery.  Until now the study of patient mortality has focused on issues such as pre-existing diseases and disorders, medical care immediately before, after and during an operation, subsequent complications and length of hospital stay.  However little research has been undertaken into socioeconomic factors such as the patient’s income, education, standard of housing or overall access to healthcare, and how these issues might impact on their risk of dying after surgery.

Researchers from UCL and the National Emergency Laparotomy Audit (NELA) project team, analysed prospectively collected data from the NELA on the operations of 58,790 patients in 178 NHS hospitals which took place between December 2013 and November 2016.

* Emergency laparotomy has an estimated annual incidence of 1:1,100 in the UK population.  This figure is based on a total UK population of 67 million