Chimpanzees may have evolved resistance to HIV precursor

Simian immunodeficiency virus, the monkey- and ape-infecting virus that HIV originated from, may have influenced the genetics of chimpanzees, finds a new UCL-led study. 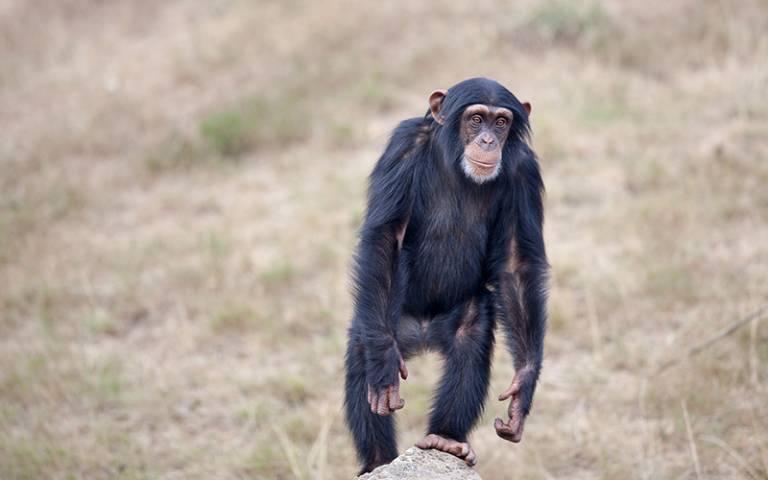 The virus is a leading contributor to differences between chimpanzee subspecies, according to the findings published in PLOS Genetics.

While chimpanzees are not badly affected by simian immunodeficiency virus (SIV), the researchers say the findings suggest that some subspecies may have evolved a degree of tolerance to the virus.

“This suggests that chimpanzees may have evolved biological mechanisms to limit the virus’ pathogenicity - that is, the virus’ ability to cause disease.”

By analysing the genomes of four subspecies of chimpanzees living in Africa, the research team found that the genetic variants that evolved uniquely in eastern chimpanzees were disproportionately related to immune responses, particularly to the response to infection by SIV.

The strongest selective pressure (any factor contributing to how subspecies have evolved differently) that the authors could identify was on immune system function, believed to be due to adaptation to SIV, as the virus appears to have significantly contributed to genetic differences between subspecies.

“Only two subspecies of chimpanzees seem infected by the virus in the wild (central and eastern chimpanzees) and it is precisely those two subspecies that accumulate genetic changes in genes related to SIV infection,” said Dr Joshua Schmidt, the first author of the paper (UCL Genetics Institute, now at the University of Adelaide).

Co-author Dr Sergi Castellano (UCL Great Ormond Street Institute of Child Health and Max Planck Institute for Evolutionary Anthropology), said: “As the genes we identified may have contributed to a reduction of the pathogenicity of SIV in chimpanzees, it would be interesting to study them in humans infected by HIV.”

Chimpanzees, humans’ closest relatives, are in danger of extinction, and transmissible disease is among the top threats, so the findings may also be relevant to conservation efforts.