UCL scientists have discovered the key brain region for navigating well-known places, helping explain why brain damage seen in early stages of Alzheimer’s disease can cause such severe disorientation. 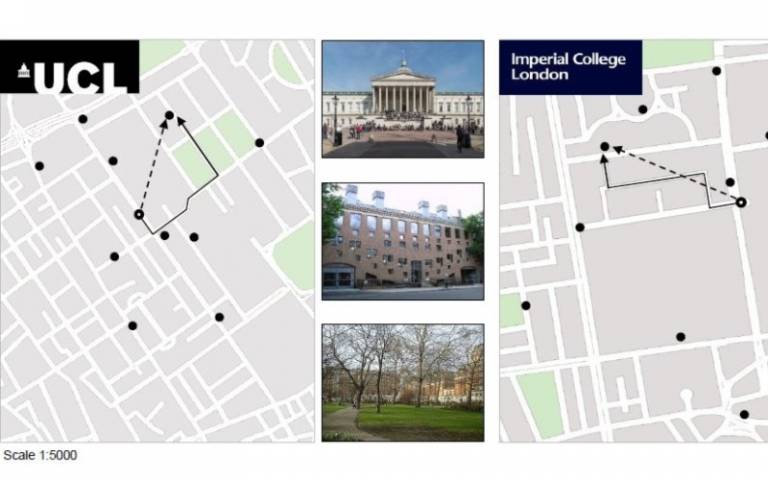 The study, published today in Cerebral Cortex, is the first to identify the specific brain regions used in guiding navigation of familiar places.

Researchers observed that a brain region long-known to be involved in new learning – the hippocampus – was involved in tracking distance to a destination in a ‘newly learned’ environment.

However, when navigating a familiar place, another brain region – the retrosplenial cortex – was found to “take over” tracking the distance to the destination.

“Our findings are significant because they reveal that there are in fact two different parts of the brain that guide navigation,” says Professor Hugo Spiers (UCL Experimental Psychology), senior author on the study.

“Which part gets used depends on whether you are in a place you know well or a place you only visited recently. The results help to explain why damage to the retrosplenial cortex in Alzheimer’s disease is so debilitating, and why these patients get lost even in very familiar environments.”

The research team worked with students from UCL and Imperial College London. The students’ brain activity was monitored as they navigated a simulation of their own familiar campus and the other university’s campus, which was ‘newly learned’ days before.

The researchers also explored the impact of Sat-Navs by having students navigate the campuses with directions overlaid on the route in front of them. Strikingly, neither the hippocampus nor retrosplenial cortex continued to track distance to the destination when using this Sat-Nav-like device.

“We wondered whether navigating a very familiar place would be similar to using a Sat-Nav, seeing as you don’t need to think as much about where you’re going in a familiar place,” says Professor Spiers. “However, the results show this isn’t the case; the brain is more engaged in processing the space when you are using your memory.”

“This has significant implications for ongoing research into Alzheimer’s disease,” says Dr Zita Patai (UCL Experimental Psychology), first author on the study. “Specifically, how the deterioration of different brain regions contributes to fundamental behaviours such as memory and navigation, and how this changes over time.”

The research was funded by the Wellcome Trust, James S. McDonnell Foundation, and the Canadian Institute of Health Research.