Job satisfaction among teachers in England is as low, or lower, than 22 comparable countries across Europe, North America and the Commonwealth, according to new UCL research. 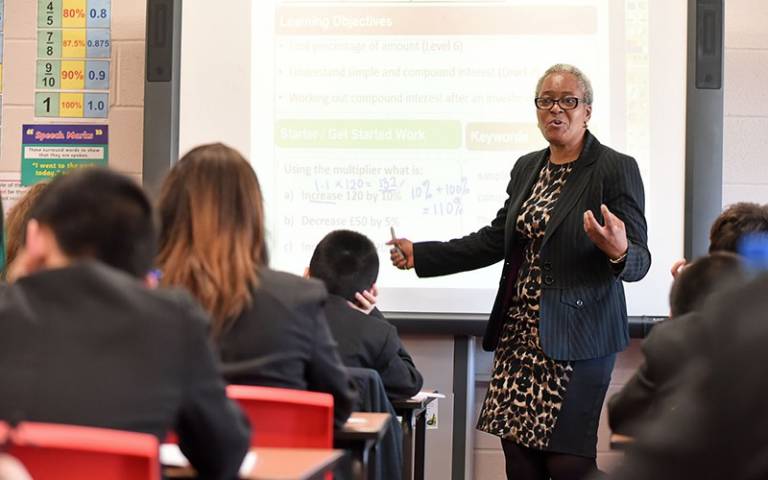 In a working paper, a research team led by Dr Sam Sims (UCL Institute of Education) found that 15 of 22 countries - including Israel, Sweden, USA and the Netherlands - had 'much higher' teacher job satisfaction than England.

Researchers analysed data from over 100,000 teachers who had taken part in the most recent Teaching and Learning International Survey (TALIS) survey, including nearly 2,500 teachers from England.

"These results are a real wake up call. It is not surprising that so many teachers are leaving the profession when morale is this low," said Dr Sims.

He added: "Research shows teachers become dissatisfied with work if they are not given the freedom to get on with their jobs. But teachers in England have seen a big increase in paperwork and data entry in recent years. Cutting red tape would help restore morale in the profession."

Dr Sims commented: "It's important to note that this data was collected in 2013. However, declining rates of teacher retention since then suggest the situation is unlikely to have improved much in recent years."

The authors plan to update their analysis as soon as the next round of TALIS data becomes available, in 2019.

Comparing job satisfaction across countries is difficult because teachers respond to the questionnaire in different languages. The UCL team developed new methods to allow job satisfaction to be compared across the widest possible group of countries. They used this method to establish that 22 countries could be fairly compared with England. Thirteen could not be fairly compared and were excluded from the analysis.