Orwell's Down and Out: Live heads to Paris

The first ever live reading of Orwell's iconic text in both London and Paris completes its journey this week. 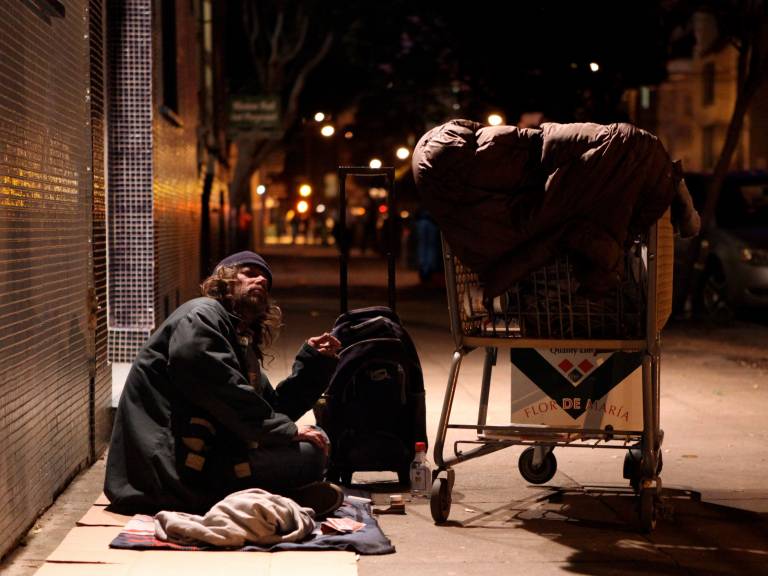 Following its successful staging in London as part of UCL Festival of Culture in June, the production now moves to Paris with new readers and French themes on Friday 28 September.

The latest event is the result of a collaboration between The Orwell Foundation, The Joseph Rowntree Foundation, Libby Brodie Productions and the British Council, with support from UCL.

George Orwell's classic book on poverty in Paris and London was first published in France in 1935. The immersive performance will form the backbone of a narrative that explores and reveals what homelessness is, how it manifests and what damage is does to the individual and to society at large today.

Orwell strongly believed that art and literature could make direct and long-lasting change, focusing the minds and the empathies of his audience on the social or political evils of the day. This event will fuse live art and social activism in an outburst of theatre, music and literature.

UCL alumnus and Country Director British Council France, Bob Lewis said: "Homelessness, isolation and prejudice are challenges in many cities today, just as 100 years ago when George Orwell wrote 'Down & Out in London & Paris'. This event is a welcome reminder of our individual & collective responsibilities to address these challenges and embrace equality, diversity and inclusion in all we do."

Both great cities share the blight of destitution and homelessness. But although they share some causes and can learn from each other there are also differences in circumstances and response. The performances reflect that different experience.

Orwell wrote Down and Out in Paris and London as a result of his own experiences sleeping rough and working on what would now be called zero-hours contracts in hotel kitchens. Readers include writers, activists, politicians, campaigners and young people who have been homeless. In a multi-disciplinary production, modern stories from the streets are experienced alongside the Orwell text.

The performances in Paris are by the same team who produced the reading of the whole of 1984 on a single day in 2017. Each performance of Orwell's Down and Out will be accompanied by discussions and workshops on the contemporary challenges of homelessness and poverty.

The Director of the Orwell Foundation, Jean Seaton, said "We are proud to be re-imagining Orwell's work to focus on contemporary poverty, to use the power of the performance to shed new light. It is thrilling to be able to connect to our colleagues in Paris in this joint creative and intellectual piece of work. But we are ashamed that is so necessary."

The events will be accompanied by new poetic responses in English and French and a film will be produced by the award-winning film-maker Edwin Mingard.

Campbell Robb, the Chief Executive of The Joseph Rowntree Foundation, said: "We all believe in justice and compassion and protecting people from harm. Orwell's words are still unsurpassed in articulating what happens to people when that protection falls short."

"The idea is to use Orwell as he would want, to build a better understanding of modern poverty and build support for action to solve homelessness. The JRF is very proud to support it."

Since 2016, the Orwell Foundation has been based at UCL, which is also home to the world's most comprehensive body of research material relating to Orwell. Manuscripts, notebooks and personalia of George Orwell were presented in 1960 on permanent loan by his widow on behalf of the George Orwell Archive Trust, supplemented by donations and purchases.

The aim of the Trustees of the Orwell Archive was to make a research centre for Orwell studies, by bringing together all Orwell's printed works, including newspaper items; private correspondence; other private papers in the possession of his widow; printed matter other than his own which will help later generations to understand the controversies in which he was involved; and tape recordings or written statements by all with first-hand experience of him of any consequence.

For those unable to attend in person, both performances will be live streamed, with both the London and Paris performances being recorded in full by UCL, and subsequently made publicly available.

• If you are in Paris, register to attend here