Leading UCL oncologist Professor Charlie Swanton has been honoured by the International Association for the Study of Lung Cancer (IASLC) with a prestigious award, in recognition of his lifetime achievements to lung cancer research. 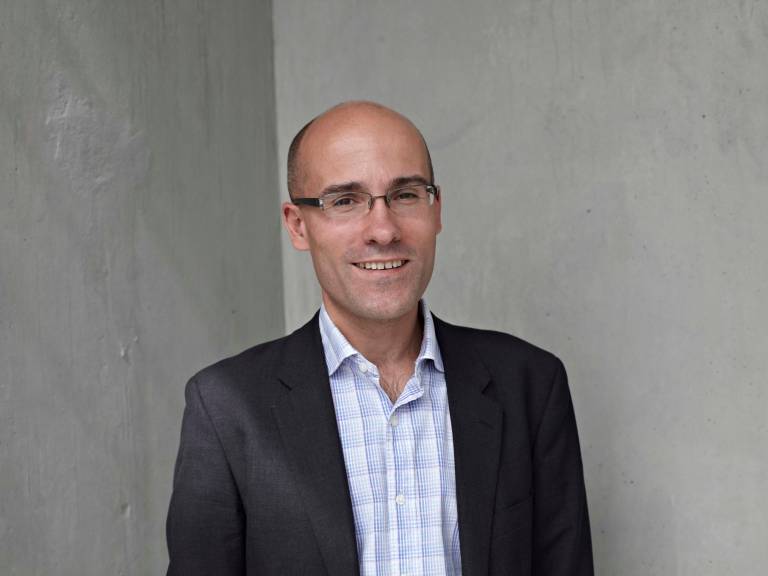 Based at the UCL Cancer Institute and the Francis Crick Institute, where he heads up the Cancer Evolution and Genome Instability Lab, Professor Swanton is the principal investigator of Cancer Research UK's TRACERx [TRAcking Cancer Evolution through therapy (Rx)] clinical study that aims to decode the evolution of non-small cell lung cancer and define how cell differences within a tumour impact cancer immunity.

His team's groundbreaking work has led to the discovery of multiple factors that accelerate cancer evolution, providing insights into cancer drug resistance and treatment failure.

Last year, they reported that unstable chromosomes within lung tumours increase the risk of cancer returning after surgery, and were able to use this new knowledge to determine the risk of relapse up to a year before the cancer returns.

Building on these findings, Professor Swanton's team will be launching a phase II clinical trial in early 2019 to determine whether lung cancer DNA in patients' blood can predict the risk of relapse after surgery.

In recognition of his career achievements he was awarded the IASLC's 'Paul A. Bunn, Jr. Scientific Award' at the 19th World Conference on Lung Cancer (WCLC) in Toronto, Canada, this month.

Professor Swanton said: "The last decade has seen major changes in our understanding of lung cancer. Thanks to the extraordinary work of the TRACERx team we have a much clearer picture of the complexity of lung cancer evolution and its vulnerabilities which we hope to exploit for patient benefit starting next year. I am delighted to accept this prize as a testament to their commitment and hard work."

Professor Fred Hirsch, CEO of the IASLC, said: "Charlie Swanton has over many years brought significant insight into the molecular complexity of lung cancer and its implication for lack of successful treatment in many cases.

"With his research into clonal heterogeneity and emerging molecular clones during therapy we have been given valuable insight into the biology of lung cancer, which should lead to improved treatment outcomes, and hopefully one day turn lung cancer into a 'chronic'-or curable-disease."