There is a rare opportunity to see inside one of London's most morbid museums as UCL Pathology Museum at the Royal Free Hospital, Hampstead, opens its doors to the public for one weekend only this September. 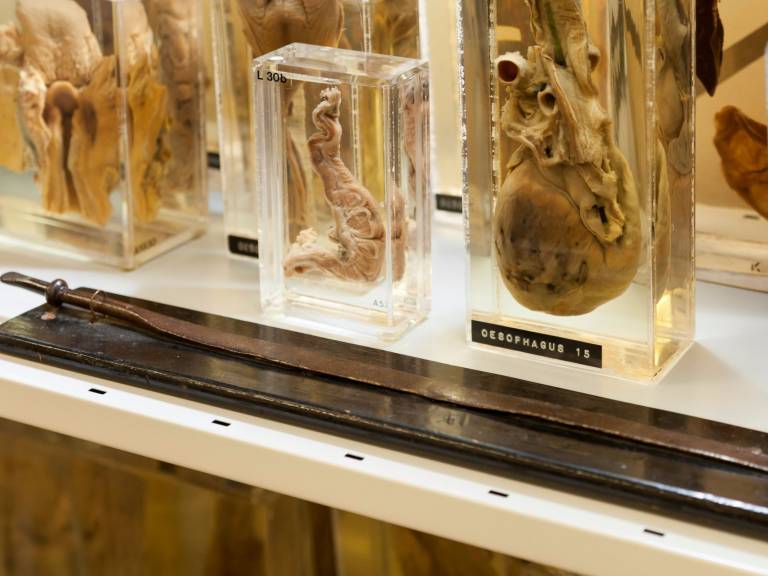 The museum, which dates back to the 1800s, has primarily been used for medical teaching. As part of the Open House London weekend on September 22 and 23, visitors are being given the rare chance to explore over 2,000 specimens of human remains.

Historically, specimen-based teaching was at the forefront of medical practice and instruction.  Today the museum remains an important centre for clinical teaching with collections of historical research significance.

The museum is managed by UCL Culture, whose team cares for the university's museums and collections. They recently led a redesign of the museum aimed at engaging public audiences with the study and history of disease.

Subhadra Das, Curator of the Science Collections at UCL Culture, said: "Traditionally, medical knowledge was for an educated elite and many museums like this one do not open to the general public. They were often quite secret places, hidden within learned institutions.

"By curating the pathology museum, we aim to make the eclectic collection accessible to non-medical specialists, allowing people to explore the principles of pathology and the basics of what happens when things go wrong with the body.

"It's not a museum for the faint-hearted, but, if you are curious, there are a wide range of items on display including a sword swallower's oesophagus, skin from a circus's tattooed man, and a variety of specimens of historical well-known diseases like rickets and tuberculosis. As we don't have the staff capacity to open to the public every day, we are excited to be part of the Open House programme this year, and are looking forward to welcoming people to see the new displays."

The irreplaceable collection brings together specimens from several London teaching and research hospitals, principally the medical schools of UCL and the Royal Free Hospital, as well as Great Ormond Street Hospital. The museum displays includes fluid-preserved human pathology specimens alongside skeletal material, foreign bodies, wax models, and plaster casts. The teaching collection is arranged by organ within organ systems. Moving from system to system, you can, conceptually, walk through the body.

Das, who is also a historian of science and medicine, said: "This is a space that helps you to think about your own body and health. For example, there is a foot which has been amputated due to injuries related to diabetes and the cirrhotic liver of a heavy drinker."

Das has also curated a display of specimens telling the story of the history of medicine. "I think it's important to share stories of how medicine got it wrong, how it has been racist and sexist. Being honest about these stories is one way to prevent making the same mistakes again."

"This isn't about scare tactics, but engagement and education. Seeing how a cancer or a genetic disease appears in the body may help someone to come to terms with and confront their own illness and mortality."

Free tickets are limited and must be obtained in advance from: ucl.ac.uk/culture/whats-on/open-house-2018