This week, the Spotlight is on Rob Moss, Lecturer in Applied Radiation Physics in the Department of Medical Physics and Biomedical Engineering. 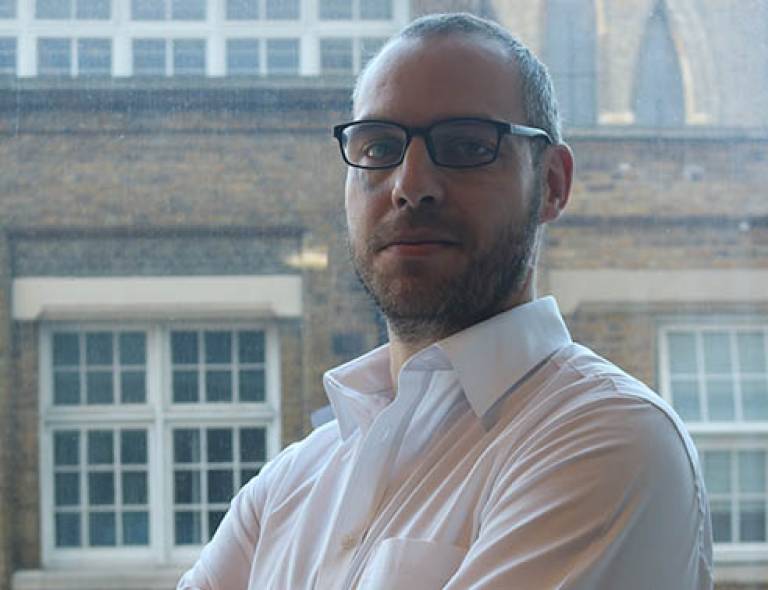 I've been at UCL since 2014. Before that I worked at the Defence Science and Technology Laboratory where I developed new detection technologies for military bomb disposal applications.

I think the recent work I completed on breast cancer diagnostics is the work I'm most proud of. The study involved characterising different tissue samples based on how they scatter X-rays and then relating these results to the histology of the same sample. The study was funded by Breast Cancer Now and was a collaboration between Dundee University, UCL, NHS Tayside Pathology and the Royal London Hospital. The range of expertise available within the consortium was essential to the success of the project and is an excellent example of the power of collaboration. We are now preparing a grant application to take this study further. Development of new diagnostics methods like this could increase the number of people who survive breast cancer.

Aircraft are increasingly being made from composite materials instead of aluminium. While these materials are lighter and stronger, when something like a bird strike happens, it is harder to tell if and where damage has occurred. That's because the outer surface remains largely unaffected, with the damage only manifesting deep within the material (a phenomenon known as delamination).

In 2014 UCL was co-funded, along with Rolls-Royce, QinetiQ and Axi-Tek, to develop a new X-ray imaging technique that could be used non-invasively to look for delamination. That project was completed successfully and Axi-Tek has now been funded by InnovateUK to develop a prototype. I have been working on a design for something called a 'collimator', a device that helps to direct the X-ray beam and without which, the prototype will not work. I'm a named inventor on this and Axi-Tek have secured a licence to the patent from the Ministry of Defence. We used a metal 3D printer to make a model of the collimator, and we have now submitted a joint application to build a hand-held prototype which engineers can use to look at aircraft parts (such as wing sections) when the aircraft is on the ground.

I recently read a great series of books called 'Star Legions: The Ten Thousand', which is a sci-fi retelling of the Greek myth of Xenophon and the Ten Thousand mercenaries. And I'm a geek, so obviously any Star Wars film (as long as it's one of the original trilogy) is alright by me. Favourite album? Anything by AC/DC.

Because they're made of chocolate.

Be more outgoing and say yes to more things.

In 2010 I went to Camp Bastion to provide front line technical support to UK Forces in Afghanistan.

Mexico. I've been to a few places in the world but out of all of them Mexico is the place I would go back to.