A small number of elite universities serve as the prime breeding grounds for American power brokers. 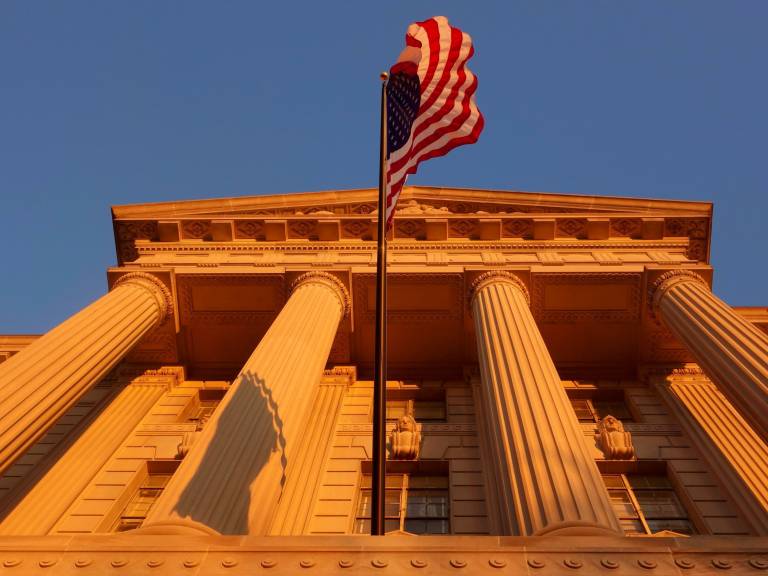 Harvard, for example, has produced eight presidents, and Yale, five. What do voters think of politicians who attended elite schools?

New research by academics at UCL and Stanford University finds that the answer depends on where voters fall on the political spectrum and the particular traits that they are evaluating. Liberals, but not conservatives, see Ivy-League-educated poli-ticians as more competent, whereas conservatives, but not liberals, see Ivy-League-educated politicians as less relatable.

The study, which surveyed US residents and was published in the journal Electoral Studies, shows that, on average, the public are mildly (though not significantly) less inclined to vote for politicians educated at elite universities.

Thomas Gift (UCL Political Science) concluded: "Our results shed light on the complicated - and often conflicting views - that American voters hold toward elite-educated politicians. From a campaigning standpoint, our research also offers insight into the electoral implications of politicians who have and choose to highlight their elite educational credentials."

The researchers argue that liberals likely deem elite-educated politicians as more competent because of what it takes to get admitted to elite universities and what they learn while there. Conservatives, however, may be more suspicious of the role that intellectuals play in public life and thus de-prioritize this factor in judging their competence.

At the same time, the authors claim, conservatives may perceive elite-educated politicians as less relatable because they view them as personally removed from everyday citizens. Liber-als, however, might be more inclined to believe that the progressive ideals prevalent at elite universities promote empathy and social awareness among graduates.

The research was carried out through the Harvard Digital Lab for the Social Sciences, where a sample of 658 US residents completed an online survey between May and June 2017.

After reading the candidate biographies, respondents were asked to rate each on several cri-teria, including competency and relatability, using a 1-7 scale of agreement.

Carlos X. Lastra-Anadon (Freeman Spogli Institute, Stanford University, formerly of Harvard University), concluded: "Given that voters overall do not necessarily favor elite-educated politi-cians because of their prestigious degrees, it is worth exploring why Ivy League graduates are so often elected to public office. Perhaps these politicians are more likely to run for of-fice, are better plugged into social networks, or possess other traits - like intelligence or cha-risma - that appeal to voters. Future research is needed to find out and to elicit what other educational attributes have an effect on the perception of candidates in other countries and contexts."