The use of e-cigarettes among smokers has shifted from more affluent early adopters to being used more widely across all socioeconomic groups, according to new UCL research. 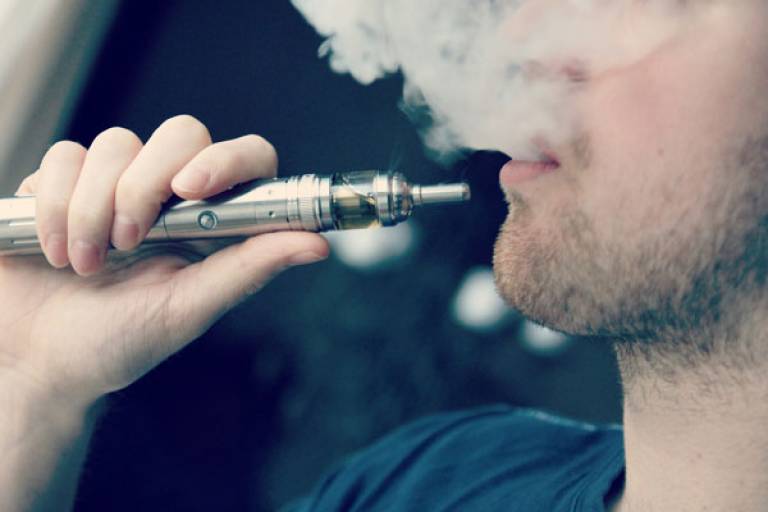 The study, published today in Addiction and funded by Cancer Research UK, is the first of its kind to look at the use of e-cigarettes, which includes vape pens and vape mods, by socioeconomic groups at the population level.

The research team analysed data from over 80,000 adults in the UK aged 16 or over on a monthly basis for four years from 2014, which marked the time that use had stabilised after the initial rapid rise in e-cigarette use at the beginning of the decade.

Tobacco smoking currently leads to an estimated 96,000 premature deaths in the UK annually. It is one of the biggest causes of health inequalities, with the burden of mortality and disease heaviest among more disadvantaged groups.

"E-cigarettes have the potential either to decrease or increase health inequalities depending on levels of smoking cessation, so we wanted to explore the associations between socioeconomic status and e-cigarettes and whether that changed over time," said lead author, PhD researcher, Loren Kock, (UCL Epidemiology and Public Health).

"Our research indicates that from 2014 to 2016, e-cigarette use among smokers was generally higher among those from more affluent socioeconomic groups, with disadvantaged groups around half as likely to use an e-cigarette in 2014, but this gap was no longer evident in 2017."

Participants answered questions via the Smoking Toolkit Study- a monthly household survey of smoking and smoking cessation among adults. In total 81,063 adults were involved, including 16,232 who had smoked tobacco in the past year, 5,303 who had made a quit attempt and 13,563 long-term ex-smokers. E-cigarette usage was then assessed, using participants' social grade based on occupation or housing status as an indicator of socioeconomic status.

The researchers also found a different pattern among long-term ex-smokers (those who had quit smoking for at least a year). E-cigarette use increased in all socioeconomic groups of long-term ex-smokers, but was most common in those from more socioeconomically disadvantaged groups, who were more than twice as likely to be using an e-cigarette compared with the most affluent group.

Kock concluded: 'We know e-cigarettes can help people who have recently attempted to quit smoking remain abstinent from cigarettes, but it is important to understand more about the use of e-cigarettes by long-term ex-smokers.

George Butterworth, Senior Policy Manager, from Cancer Research UK, added: "The evidence so far shows that e-cigarettes are far less harmful than tobacco and can be effective in helping people to stop smoking.

"Smoking fuels the health inequalities between rich and poor. So it is good to see that e-cigarettes are helping people to quit smoking whatever social background they are from. If you are interested in finding out more about e-cigarettes as a method of quitting, you should talk to your local stop smoking service, GP or pharmacist."