The dirtiest roads in central and east London, including Marylebone Road, Oxford Street and Park Lane, have been mapped by UCL academics. 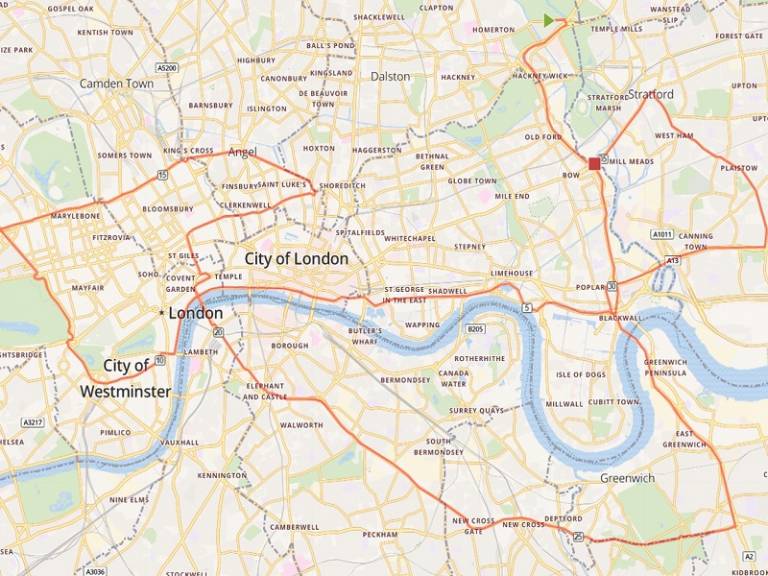 The route uses pollution hotspots where mean levels of nitrogen dioxide (NO2) and particulate matter (PM) 2.5 regularly exceed EU guidelines. It is being used by Hyundai to demonstrate their flagship fuel cell car - NEXO - which uses hydrogen fuel cell technology as an alternative to a combustion engine.

Researchers used open source data from the London Air Quality Network, analysing heat maps to look at mean NO2 and PM levels in central London and out to east London to include areas with large amounts of development work.

Dr Michael Whiteley, Head of Fuel Cell Engineering at the UCL Electrochemical Innovation Lab said: "The recent report from the Intergovernmental Panel on Climate Change (IPCC) indicates that much more needs to be done to mitigate negative climate change. Our research into fuel cell technology shows it is a promising transport solution and should be seriously considered as an alternative to fossil fuel dependent cars and battery electric vehicles which have long charging times.

Fuel cell technology works by passing hydrogen and oxygen through the an electrochemical cell, generating electricity as electrons are released along with waste water and some heat.

Dr Jason Millichamp (Specialist Laboratory & Workshop Planning Manager, UCL East) said: "Our team is expanding its capabilities, and through working with major manufacturers on innovative projects such as this, we are demonstrating the demand for and potential of the future Advanced Propulsion Lab facilities at UCL East.

"The new lab will build upon the fundamental research we currently undertake by scaling it up into full scale automotive applications. It will be a unique facility used for research and development for major vehicle manufacturers, and will put UCL at the forefront of a rapidly expanding alternative power sourced transport industry."