Steps must be taken to promote gender equality to ensure more women view history as an academic option and profession, according to a new report published by the Royal Historical Society (RHS) and co-authored by academics at UCL. 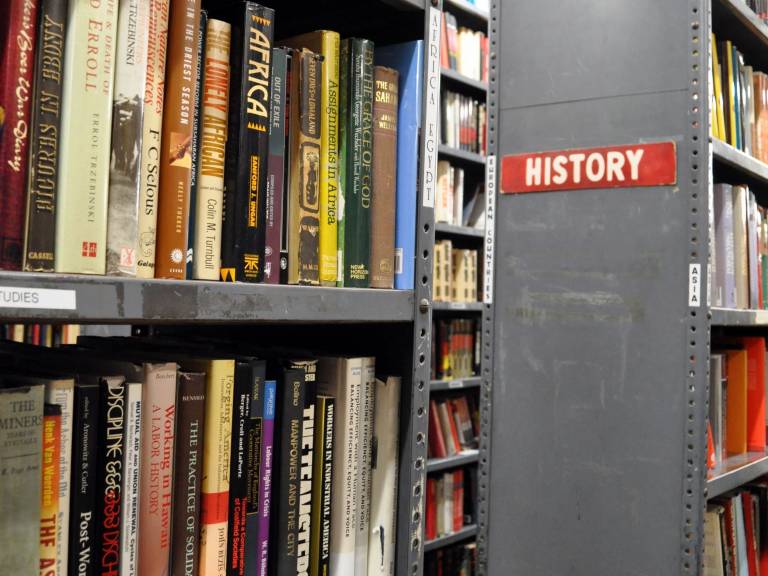 Recent spotlights on the #MeToo movement, "Everyday Sexism", and the centenary of women's suffrage have raised public awareness of gender as a defining social influence.

Yet despite some progress since its landmark 2015 report, the RHS's follow up report, 'Promoting Gender Equality in UK History' highlights that considerable work remains to be done, revealing enduring structural barriers to equality as well as worryingly high levels of workplace discrimination.

While there is a small majority of female students in history at A-level, undergraduate level, and on taught postgraduate programmes, women remain underrepresented at more senior levels, constituting just 41.6% of academic staff in history and only 26.2% of history Professors. Female historians are also more likely to be in temporary, fixed-term, or part-time posts, with over 60% of full-time permanent posts in history held by men.

Margot Finn, President of the RHS and Professor in Modern British History (UCL History), said: "Since our first Gender Report in 2015, the basic structural inequalities amongst history staff have improved only marginally. These figures contrast significantly with the ratio of female to male historians at student level. The women that do progress into academic, often get stuck mid-career and more must be done to tackle this leaky pipeline."

A survey of hundreds of UK historians revealed a number of reasons for this "leaky pipeline". Overwork is chronic throughout the sector, and gendered in its effects. Almost all respondents reported working "a lot" in the evenings, most worked a lot on weekends (72.2% female; 56.2% male) and many often gave up annual leave (51.7% female; 37% male). Many respondents called for more transparent workload models to combat these inequalities.

Respondents highlighted how the effects of overwork and an unhealthy working culture were exacerbated by a lack of support for caring responsibilities, which are still more likely to affect women. Nearly a fifth of respondents (19%) reported that maternity leave policy was implemented partly or hardly at all in their workplace. Female respondents reported mid-career issues returning to work after maternity leave, with many feeling they have been overlooked for promotion (44.5%) or become stuck in certain roles (52.9%).

Nearly half (47.8%) of female respondents reported their working lives had been affected by discrimination, and 18.2% reported sexual harassment. Both men and women also reported widespread issues of bullying and intimidation. Issues of gender discrimination were often particularly pronounced for female early-career historians: over a fifth (21%) reported being subject to sexual harassment, while many observed or experienced gender inequality in conference programming, keynote lectures, publishing, and teaching; indeed large numbers of historians at all levels reported the same.

The RHS is also very concerned by strong evidence of negative gender bias in student evaluations, particularly in advance of the implementation of the Teaching Excellence Framework (TEF) at subject-level.

The report concludes with specific action points and guidance for Heads of department, teaching staff, appointment panels, promotion committees, editors, and conference organisers. The recent RHS report on Race, Ethnicity & Equality in UK History emphasises that inequalities intersect, and the Society is committed to History becoming more inclusive for women, non-binary, Black and Minority Ethnic (BME) and other underrepresented groups of historians. This report provides essential data and guidance to promote a more equal and diverse profession, which will ensure and expand the intellectual vitality of our discipline.

Nicola Miller, convener of the RHS Working Group on Gender Equality in History and Professor in Latin American History (UCL History), said: "Despite some rather challenging findings, the picture is not all bleak. Awareness of inequality has increased over the past three years, so too has the range of material proposing constructive ways to promote equality.

"We hope this latest report is a tool towards an even greater concerted effort to address gender equality in UK History. If ever there was a moment when real, transformational change is possible, this has to be it. Everyone can help and everyone will benefit."