The kicks a mother feels from her unborn child may allow the baby to ‘map’ their own body and enable them to eventually explore their surroundings, suggests new research led by UCL in collaboration with UCLH. 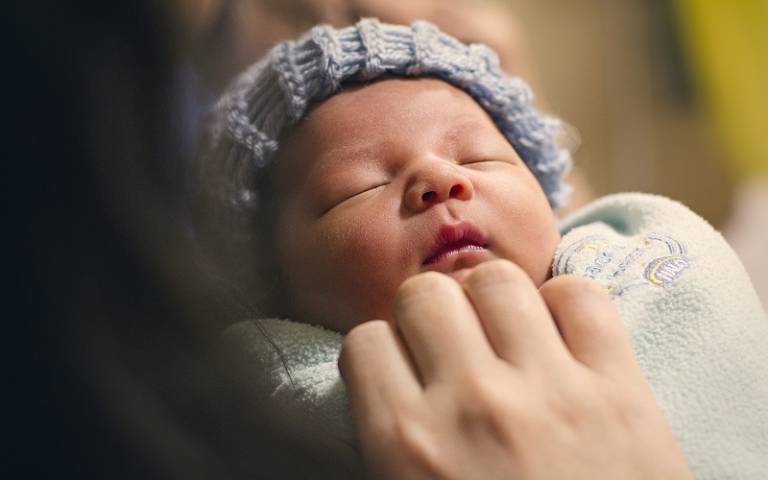 For example, the movement of a baby’s right hand causes brainwaves to fire immediately afterwards in the part of the left brain hemisphere that processes touch for the right hand. The size of these brainwaves is largest in premature babies, who at that age would usually still be in the womb.

The findings suggest that foetal kicks in the late stages of pregnancy – the third trimester – help to grow areas of the brain that deal with sensory input, and are how the baby develops a sense of their own body. The fast brainwaves evoked by the movement disappear by the time babies are a few weeks old.

“Spontaneous movement and consequent feedback from the environment during the early developmental period are known to be necessary for proper brain mapping in animals such as rats. Here we showed that this may be true in humans too,” explained study author Dr Lorenzo Fabrizi (UCL Neuroscience, Physiology & Pharmacology).

Kimberley Whitehead (UCL Neuroscience, Physiology & Pharmacology) said: “We think the findings have implications for providing the optimal hospital environment for infants born early, so that they receive appropriate sensory input. For example, it is already routine for infants to be ‘nested’ in their cots – this allows them to ‘feel’ a surface when their limbs kick, as if they were still inside the womb.

“As the movements we observed occur during sleep, our results support other studies which indicate that sleep should be protected in newborns, for example by minimising the disturbance associated with necessary medical procedures.”

The babies’ brainwaves were measured using electroencephalography (EEG), and were recorded continuously during sleep. Active sleep was identified behaviourally according to cot side observation of rapid eye movements, largely irregular breathing and frequent, isolated limb movements.

The research was carried out at UCL Neuroscience, Physiology & Pharmacology and the Elizabeth Garrett Anderson Obstetric Wing at UCLH, and was kindly supported by the Medical Research Council. Ethical approval was obtained from the NHS Research Ethics Committee.