Spotlight on Dr Gill May

This week, the spotlight is on Dr Gill May who works in the Stem Cell Laboratory, in a team led by Professor Tariq Enver, who is also Director of the Cancer Institute (CI). 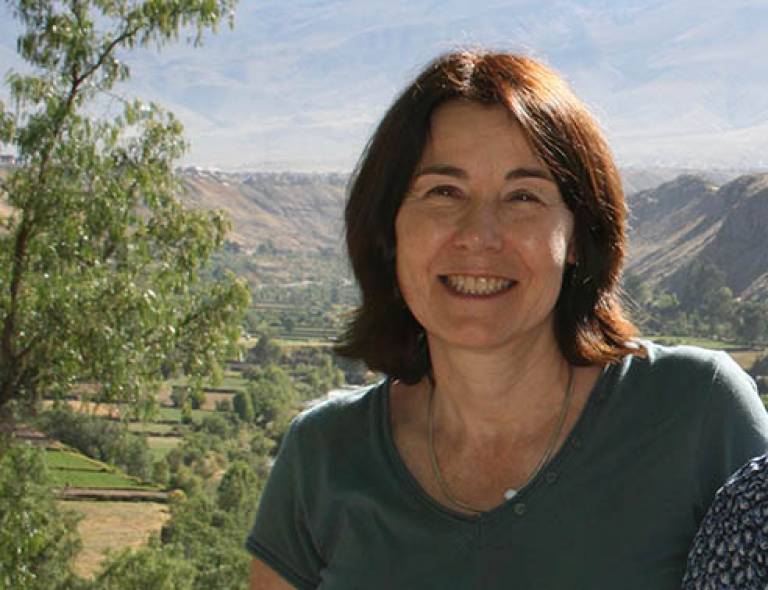 I work in the Stem Cell Laboratory, in a team led by Professor Tariq Enver, who is also Director of the Cancer Institute (CI).

The lab works primarily on leukaemia, but also has a long-standing interest in understanding the molecular mechanisms that underlie how cells make decisions and, in particular, the behaviour of blood stem cells.

My role is essentially that of a senior post-doctoral researcher, although I probably have more general responsibilities within the team than a typical post-doc. So in addition to hands-on bench work, I also get pretty involved in writing grant applications and research papers (including those where I am not an author), recruiting new people to the lab and general oversight of all sorts of aspects of day-to-day operations.

In addition, other lab members often come to me to discuss all sorts of scientific, technical, operational and more HR-type issues, although I don't have formal managerial responsibilities for anyone.

I also sometimes "troubleshoot" to get new techniques established in the lab, and try to ensure I produce sufficiently detailed protocols that other lab members can just pick them up and use them, unaided. I enjoy this "mixed" role, and think it is valuable to the lab, but it does impact on my personal scientific output, which is not particularly helpful when it comes to funding.

I am currently funded by MRC on a research project about the function of a protein called NOV (see below). But I am also involved in several collaborative projects. One project is with a structural biologist in Oxford, who is looking at how the transcription factor GATA2 interacts differently with different DNA sequences, and the effect that may have on gene regulation.

A second project is with Prof David Bogle in Chemical Engineering, who is using some of my data to build transcriptional networks.

I also deliver a couple of lectures on Cancer Stem Cells each year, and joined the Cancer Institute Athena SWAN Committee about a year ago, as the CI was preparing our application to renew our Silver Award. As part of that, I have organised several careers seminars aimed at giving people a bit more information about careers other than the "traditional" academic route to Principal Investigator.

I am very aware of how difficult it is to maintain the funding and publication record to be a successful PI, or to stay in academic research if you are not a PI. So I am keen to help PhDs and post-docs to take the time to think a bit harder about their career plans, and to recognise all the skills they have apart from the specialist knowledge of their particular research focus.

I have been at UCL for 5 years, since our lab moved here from the Weatherall Institute of Molecular Medicine in Oxford. My role in Oxford was broadly the same as it is here at UCL.

I think for a scientist, getting your PhD always has to be up there somewhere - for most people it involves a lot of resilience, determination and sheer hard work. I started my PhD in London a month after my father suddenly died, and the first year was really tough in lots of ways.

But in terms of scientific output, I am probably most proud of being involved in some of the first cell reprogramming experiments. As far as I know, we were the first group to show that normal cells (rather than abnormal cell lines cultured in the lab) could be reprogrammed by expressing a particular type of regulatory protein called a transcription factor.

In our case, we were changing one type of blood cell into another, which obviously isn't as spectacular as the reprogramming now done to convert cells like skin cells into pluripotent stem cells for regenerative medicine, but I feel it provided one piece of the jigsaw.

One of the projects I am involved in is with Rajeev Gupta - a Consultant Haematologist in our lab - looking at the function of a protein called NOV/CCN3. When this protein is added to a culture of human cord blood stem cells (otherwise known as haematopoietic stem cells, or HSCs), they internalise it and their activity in transplantation experiments is increased about two-fold.

Our hope is that - ultimately - this protein could be used to improve the efficiency of using HSCs obtained from cord blood in place of bone marrow transplantation, so that adults could be successfully treated with stem cells from a single cord blood donation.

However, the response of HSCs to NOV also provides a useful tool to explore mechanisms of stem cell regulation and function. Understanding how NOV has this effect on stem cells has been difficult, not least because it seems to have lots of effects!

This has been a pretty complex and long-running project but we are finally getting to the point of writing the work up for publication.

Album - Legend by Bob Marley. Yes, it's a compilation so not for the purist, but for me that means it only has the good bits.

Film - I really enjoyed the mind-bending involved in trying to figure out exactly what had finally happened in Inception. At the same time, it's always fun watching Cheaper by the Dozen or Elf for the umpteenth time at home with my (now quite grown-up) children.

Novel - this is an impossible question for me. I really like Julian Barnes, and have read Flaubert's Parrot several times, so maybe that means it's my favourite.

Why do the French only ever have one egg for breakfast?

Because one egg is an oeuf!

Terrible I know, but it always makes me smile.

Probably David Attenborough. When I was 13 or 14 I went with some friends to hear him talk at Bristol University about making wildlife films. We all came away determined that we were going to do the same, and he's been a bit of a hero of mine ever since.

In terms of working in scientific research, to be more aware right from the start of what is needed beyond successful experiments (although they help!) to build a successful scientific career.

In your personal life, to spend as much time as possible with the people who are most important to you.

And for life in general - recognise the only thing you can really control (as opposed to influence) is your own actions. So try not to waste too much time and energy worrying about things you can't control. And never assume other people know, think or want the same as you. Be curious, and ask.

That I've perhaps had more narrow misses than they might expect? Between a runaway horse in my teens, a very narrow escape from the underground fire at King's Cross, and being held up at gunpoint on an overnight bus in Mexico, I'm maybe quite lucky to still be here. My husband suggested I should mention my in-depth knowledge of the poetic works of Winnie-the-Pooh but I'm not sure what impression that gives.

The top of any hill or mountain (as long as you can see the view).