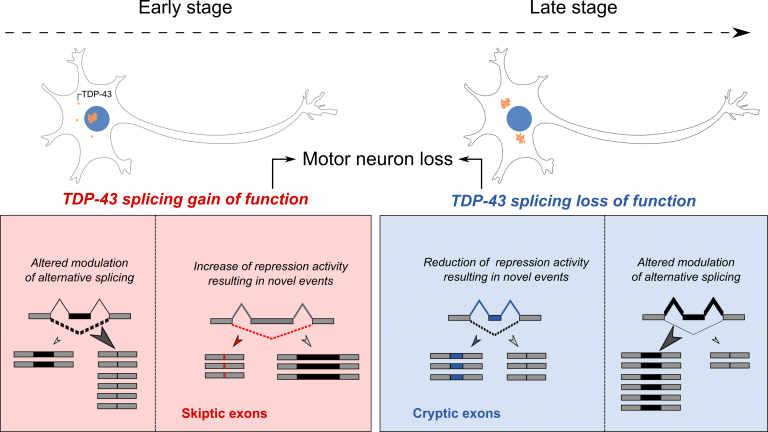 TDP-43 is a protein which is deposited in many neurodegenerative diseases including motor neuron disease (MND, also known as amyotrophic lateral sclerosis or ALS) and frontotemporal dementia (FTD). Some MND is caused by mutations in the gene which encodes TDP-43, but the link between gene mutation and the resulting neuronal death remains to be determined.

This joint research team studied mouse models that had progressive motor neuron degeneration - because the mutant TDP-43 protein was present. They identified a mechanism whereby TDP-43 causes skipping over some normal regions of DNA in other gene products.

This skipping has been described by the researchers as 'skiptic exon' events. An exon is any part of a gene which contains information required to encode a protein.

Skiptic exon events are also present in cells from human patients with MND. These findings therefore provide insight into how TDP-43 causes neurodegenerative disease in humans.

Professor Fisher commented: "This is another piece in the jigsaw as to how this protein causes human neurodegeneration."

Dr Fratta said, 'This takes us further into understanding neurodegeneration in ALS/MND.'