This week, the spotlight is on Professor Rob Carter, Professorial Research Fellow in Arabian and Middle Eastern Archaeology, UCL Qatar. 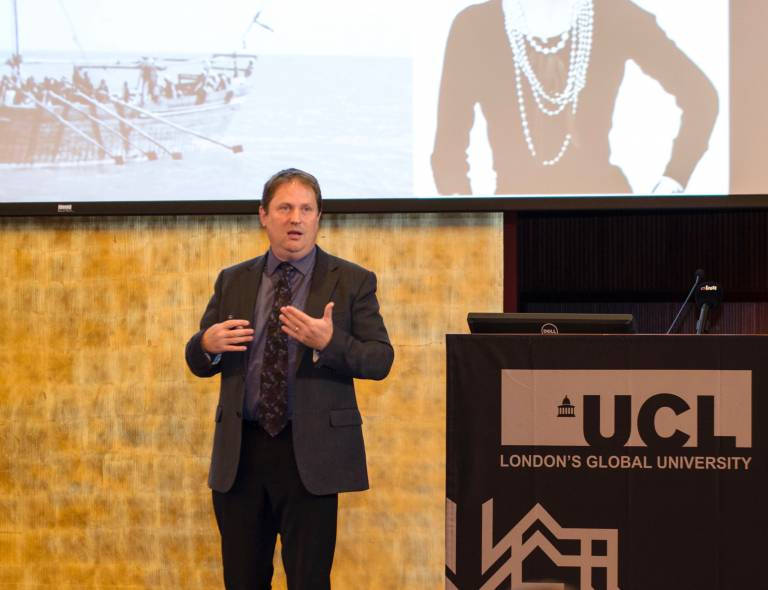 I am Professorial Research Fellow in Arabian and Middle Eastern Archaeology at UCL Qatar. At the moment it involves running and writing up my main research project, The Origins of Doha and Qatar, which is a multidisciplinary study of historical urbanism in Qatar, running since 2012. This has been a tremendously enriching experience: originally an archaeologist, I have learned a huge amount about architecture, GIS analysis, anthropology, history and theories of urbanism.

I juggle this with many other research commitments in prehistoric archaeology in Iraq and the Gulf, maritime archaeology, medieval port towns, and early Islamic/early Christian archaeology in the Gulf, and an obsession with the history and conduct of pearl fishing. I also co-ordinate and encourage the research of my fellow academics, and take on the usual management and administration roles in the department.

I've been employed at UCL since 2011. Immediately before this I was at Oxford Brookes, where I developed and managed consultancy projects in archaeology and heritage. I originally did my PhD at UCL in the 1990s, which was followed by a long spell as an Honorary Research Fellow and independent researcher and consultant.

I'm very proud of my current project. It is pioneering: the whole idea of urban archaeology and excavating in a living town is new to the region, and almost no-one has considered the Gulf towns of the pre-oil and early oil period to be worthy of study. There is very little understanding that today's great gleaming cities contain a historical, archaeological core, largely buried underground, which can tell us about the history and lives of the townspeople in the past.

Moreover, the genesis of these towns is quite extraordinary - virtually all the towns and smaller settlements on the Gulf's Arabian shore sprang up out of nowhere in the late 18th and 19th centuries AD. Despite their modern prominence no one has previously thought to ask why they suddenly emerged together on this parched and barren coastline. In my view it is to do with pearls and globalisation.

Which project is at the top of your to-do list?

I want to expand my research to rural settlement, and to other towns and areas of the Gulf. My current project already includes a comparative element, and this is what I want to develop. As well as looking at other towns, with a view to characterising historical urbanism in the region, I want to explore how the inhabitants of smaller settlements and villages were engaged in global patterns of exchange and consumption.

I don't really have favourites, but I recently enjoyed revisiting Surfer Rosa (a Pixies album from my youth) and Feersum Endjinn (novel by Iain M. Banks). I tend to enjoy daft lowbrow films but none stand out in particular.

How do you make a sausage roll? You push it down a hill! This is the only joke I know.

A family of Neanderthals.

Don't take the job in the scotch egg factory.

I once made nearly a million scotch eggs.

The Welsh coast, even when it's raining (most of the time).