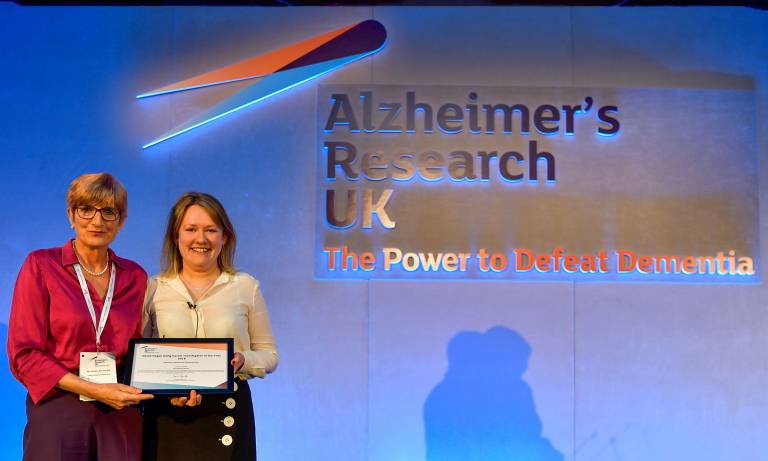 The announcement comes as Dr Wray takes to the stage to present her cutting-edge research using stem cells to unravel the causes of dementia.

The David Hague Early Career Investigator of the Year award is presented annually to the most outstanding early career researcher in the field of biomedical dementia research. Dr Wray investigates how the tau protein, which builds up in the brain during Alzheimer's disease and frontotemporal dementia, causes damage to nerve cells in the brain. She will receive £25,000 in research expenses and also a £1,500 personal prize.

The Alzheimer's Research UK Conference is the largest annual gathering of dementia researchers in the country and attracts the brightest minds from across the globe. Alzheimer's Research UK is currently a major funder of Dr Wray's work; however this prize also recognises her involvement outside the lab: hosting lab tours for supporters and politicians, speaking at public events, and appearing in the media.

This is the first year the Early Career Investigator of the Year Award has been given in honour of Dr David Hague, a medical researcher and GP who developed Alzheimer's disease and passed away in 2015 aged 73.

Dr Selina Wray said: "Winning this award is a huge privilege. It's the first time this prize has been recognised as the David Hague award and his story just resonated with me.

"Nowadays being a scientist is more than just sitting in a lab doing experiments, and winning this award reflects the wider work I have been able to do with Alzheimer's Research UK. Breakthroughs in stem cell technology have opened up new and exciting avenues for dementia research. My work involves using the latest research techniques to better understand how a protein, which we all have supporting nerve cells in the brain, starts to go wrong in diseases like Alzheimer's.

"By shedding light on this important aspect of Alzheimer's, I hope that my research will pave the way for new ways to tackle the disease." 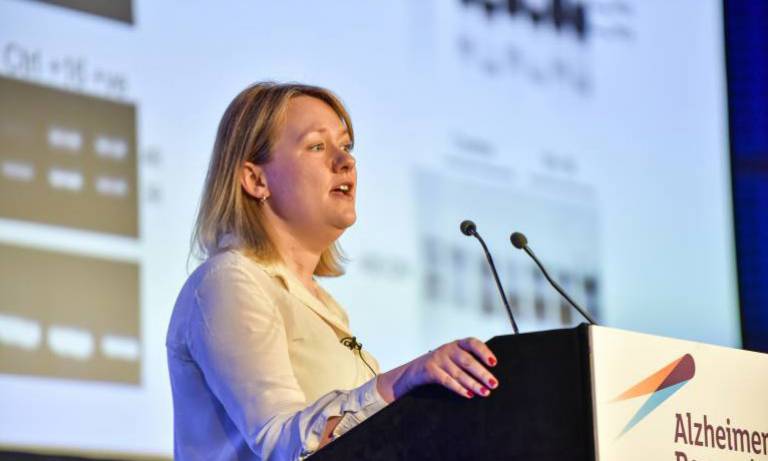 Dr David Reynolds, Chief Scientific Officer at Alzheimer's Research UK, said: "Our warm congratulations go to Dr Wray for her contribution to research not only this year but throughout her career so far. We're delighted to be able to support a passionate dementia researcher like Dr Wray as she works to unravel a process that underlies two forms of dementia which cause heartbreak to so many."

"Her own work on tau mutant neuronal stem cells has shown the effects of the mutations on tau splicing and also that splicing changes in culture follow the same long developmental pattern occurs in vitro as in vivo and that it takes more than 9 months in culture to develop adult splicing patterns…   this will be a considerable technical problem as we try and develop disease models.