Congratulations to the members of the UCL community who have been recognised in the 2018 Queen's Birthday Honours list. 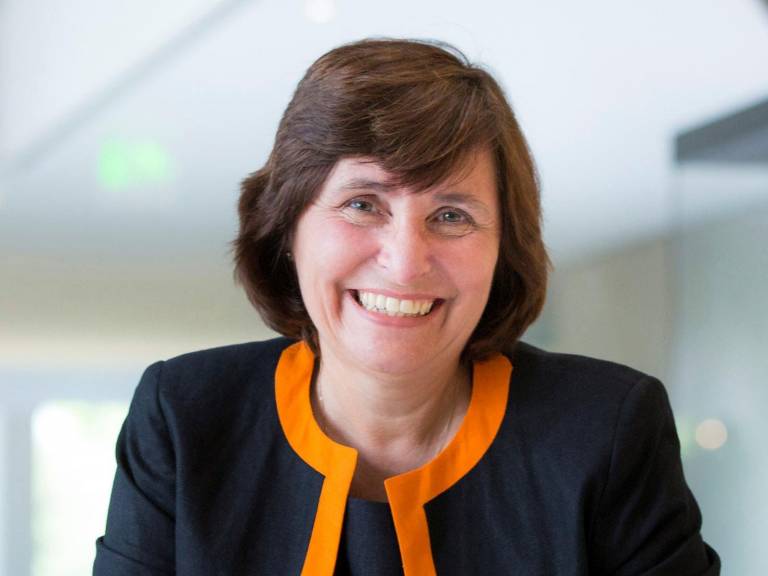 Professor Dacre has designed several high profile exams and has led a research consultancy on the development of the tests of competence for the UK General Medical Council's (GMC) Fitness to Practise Procedures. She was a member of the Council of the GMC in 2009- 2012, and was chair of their Education and Training Committee.

On receiving her damehood, Professor Dacre said, "I am humbled and delighted to receive a DBE for services to Medicine and Medical Education. I would like to thank all of my colleagues for their support along the way, especially those who have focussed their scholarship on education. It is particularly exciting to receive the award during the 500th anniversary year of the Royal College of Physicians, during my Presidency.

"UCL was where my journey in medicine first started, so I am grateful for the opportunities that it has given me and proud to still be a member of the UCL Medical School family."

Simon Denegri (UCL School of Life and Medical Sciences), Director for Patients, Carers and the Public in Research at the National Institute for Health Research (NIHR) has been awarded an OBE for services to Public Health and Social Care Research.

Rosemary Davis, Professor Emeritus at the UCL Institute of Education, has been awarded a CBE for services to Education. On receiving the award Professor Davis said, "'I re-joined the IOE in 2011 after 26 years mostly spent in Southern Africa, the Indian Ocean and South East Asia on Development Education.

As a former teacher and headteacher before becoming an academic, founding the Primary PGCE course at the Institute, I am humbled to receive the honour of CBE and proud, also, to be part of the IOE."

Dr Benjamin Clifford, a UCL graduate and currently a UCL Senior Lecturer (Bartlett School of Planning) has been awarded a British Empire Medal (BEM) for his services to policing as a Special Chief Officer in the British Transport Police.

"I was touched that people took the time to nominate me for the voluntary service which I do on top of my full-time role at UCL. UCL has an active volunteer support unit and colleagues have always been very supportive.

"Volunteering is a great way to give something back to society and whilst it can be challenging to be a part-time police officer, it's also been hugely rewarding to have been able to help many people over the years," said Dr Clifford.