12 June saw the launch of an important paper on Open Science in Brussels. 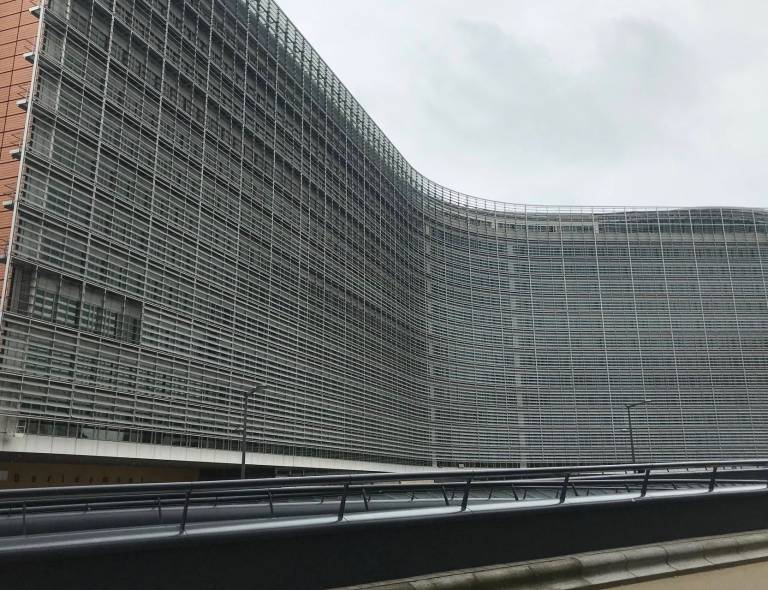 This was Open Science and its role in universities: a roadmap for cultural change, which can be found here. As chair of the Editorial Group which wrote the paper, I worked with three colleagues from LERU (League of European Research Universities) - Dr Ignasi Labastida (University of Barcelona), Katrien Maes (LERU) and Alea López de San Román (LERU).

The paper looks at the opportunity for cultural change in universities to enable Open Science, and how that change can be introduced with the support of all stakeholders in the academic community. Open Science represents a fundamental shift in how research, teaching, learning and support activities are undertaken at institutional level.

The launch began with a presentation which I made on LERU's understanding of how Open Science makes a difference at university level, using the 8 pillars of Open Science as defined by the European Commission. Whilst this list of issues is not an exhaustive list of themes covered by the topic of Open Science, it does represent a good starting point for any investigations:

I then described the opportunities and challenges that Open Science brings in each of these areas. In Scholarly Communication, I cited the work of UCL Press as an example of the transformative changes that institutional Open Access publishing can deliver. In the area of Citizen Science, I described the importance for universities of re-engaging with Society in order to enable the results of teaching and research to help solve the challenges which we all face. 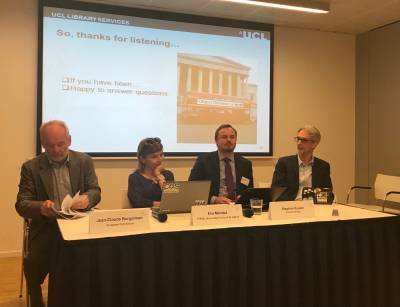 Following the presentation of the paper, we had a session of Open Peer review where four panel members commented on the paper - one senior official from the European Commission, one representative of a university association, one research funding organization and one publisher. Everyone was unanimous in agreeing with the main conclusions of the paper. One of the comments was that this was one of the best papers written on the impact of Open Science in a university setting. The LERU Secretary General was also fulsome in his praise for the ideas in the paper, as revealed by his tweet after the event:

But now the work really begins, because the Editorial Group has been commissioned to construct an Open Science Toolkit to support universities act on all the 41 Recommendations which the paper contains.

In the 15th century, the invention of moveable type printing in the West revolutionized the way ideas were disseminated across Europe. In the 21st century, Open Science has the potential to do the same at a global level.