Immigrant and disadvantaged children benefit most from early childcare 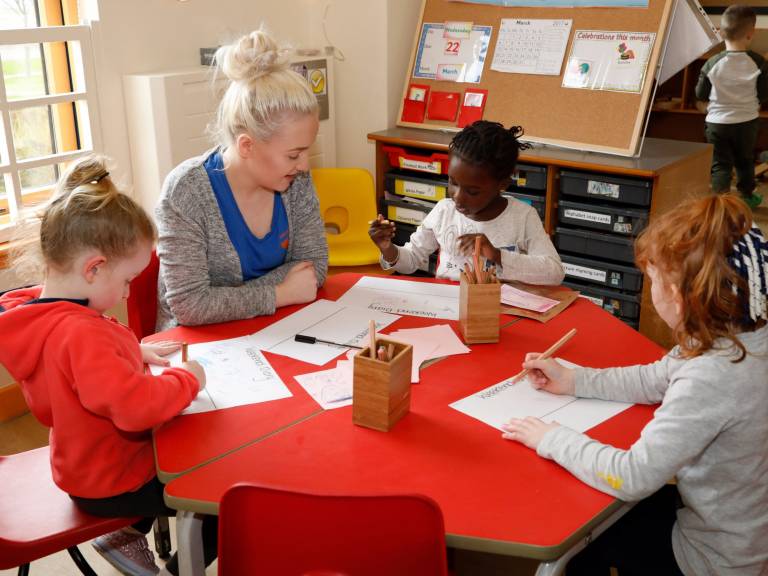 However, the research by the Centre for Research and Analysis of Migration (CReAM), shows the same universal childcare, only has a modest impact on the school readiness of children from advantaged backgrounds.

The study, which looked at German school entry exam data, also shows that immigrant children and children from disadvantaged backgrounds are less likely to attend childcare at age three. The research will be published in the forthcoming Journal of Political Economy.

"Attending universal childcare from age three nearly eliminates the difference between immigrant and native children, when it comes to readiness for school. Yet, despite this clear educational benefit, children from immigrant and disadvantaged backgrounds, are substantially less likely to enter early childcare," said study co-author Professor Christian Dustmann, Director of CReAM (UCL Economics).

Although conducted for Germany, the study has important implications for a reform recently introduced in England that expanded free childcare for three and four year olds from 15 to 30 hours per week, but only for children of working parents. The research suggests that this policy is unlikely to draw those children into childcare who would benefit the most and may therefore not succeed in improving children's outcomes.

"Tying access to free childcare to mothers' employment status, as recently implemented in England, may well incentivise mothers to return to work and thereby promote gender equality. However, it may not draw those children into childcare who would benefit the most," explained study co-author Dr Anna Raute (Queen Mary University of London, School of Economics and Finance).

The research is based on administrative data from compulsory German school entry examinations for the years 1994 to 2002. The authors exploit a large expansion in childcare places during the 1990s caused by a German reform, which entitled every child to a highly-subsidised part-time childcare place from the third birthday until school entry, in order to identify a causal relationship.

The study is published as CReAM Discussion Paper No. 08/18.