Three UCL spin-out companies focused on delivering advanced therapeutics to treat a range of diseases received a substantial amount of investment following two initial public offerings worth £177 million ($235 million) combined and one Series B funding round of £88 million in June. 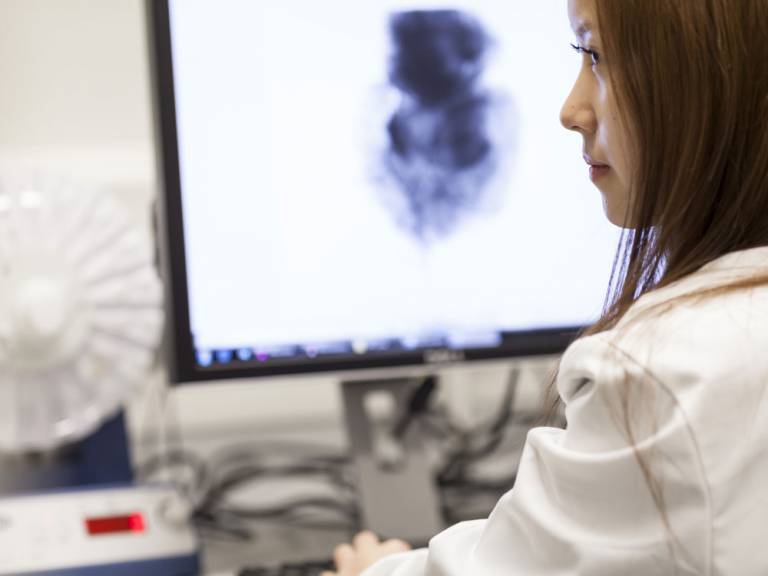 Autolus Therapeutics Ltd, Athena Vision Ltd and Freeline Ltd were spun out from UCL by its technology commercialisation company UCL Business PLC (UCLB), a part of UCL Innovation & Enterprise. MeiraGTx acquired a majority of Athena Vision on formation in 2015 and the remainder in 2016.

In addition, MeiraGTx and Freeline have benefitted from investment from the UCL Technology Fund, a £53m fund established by UCLB and Albion Capital to invest in commercialisable technologies emerging from UCL.

The three companies are pioneering treatments for cancer, eye, salivary gland and neurodegenerative diseases, and chronic systemic diseases based on cutting-edge technology, some of which was developed at UCL.

The record investment will boost their ability to make significant headway in bringing cell, gene and regenerative (advanced) therapies to market and transforming outcomes for patients.

UCL is a world-leader in advanced therapeutics, its strength underpinned by over 30 years of research supported by partner NHS Trust hospitals, research councils, charities, government and industry.

This extensive network has enabled a community of over 100 world class scientists at UCL to deliver on the promise of what recognised as the third pillar of pharmaceutical therapeutics.

Dr Celia Caulcott, UCL Vice-Provost (Enterprise) commented, "UCL is a power-house of research with the best minds working on the world's toughest challenges. The successful development of a range of advanced therapeutics is testament to the expertise and vision of our talented researchers and generous support of our partners locally and globally.

"These companies have the potential to significantly improve the lives of many and we are proud to be able to nurture and support them, alongside other partners, in their mission."

Last week Autolus Therapeutics Ltd made its debut on the NASDAQ, raising $160 million investment. Founded in 2014 and based on advanced cell programming technology pioneered by Dr Martin Pule (UCL Cancer Institute), the London-based company is committed to bringing life-changing treatments to cancer patients by reprogramming their own T-cells to combat the treatment of haematological malignancies and solid tumours.

On 12 June, MeiraGTx Holdings plc, a London and New York-based clinical stage gene therapy company focused on developing potentially curative treatments for patients living with serious diseases, raised $75 million at the close of its initial public offering on the NASDAQ.

On 18 June, Freeline Therapeutics, a clinical-stage company focused on treating chronic systemic diseases with liver-targeted AAV gene therapy, announced that it had raised over £88 million of new capital in a Series B financing.

Founded by UCLB and Syncona in 2015 to develop and commercialise gene therapies for bleeding and other debilitating disorders, its next-generation AAV gene therapy platform has been developed by Professor Amit Nathwani (UCL Cancer Institute).

Professor Bryan Williams, Chair of Medicine at UCL and Director of the NIHR Biomedical Research Centre at UCLH and UCL, said "These are the first of what we hope will be many examples of world class medical research being pulled through into patient care to give our patients first access to some of the most exciting new treatments in medicine, to improve the outcomes of our patients with some of the most challenging medical problems.

"It illustrates the importance of partnership between our world class universities and our leading NHS hospitals in delivering the most advanced medicines in the world. The BRC has been critically important in developing this partnership."

Anne Prener, Chief Executive Officer of Freeline, said: "Freeline is proud to have been spun out of UCL and to be building on the ground-breaking science of liver directed gene therapy that Prof. Nathwani and his team pioneered. Going forward spin-outs as well as close collaboration between universities and companies will continue to be important for developing innovative products for patients with devastating diseases."

"It's a privilege to help UCL researchers turn their ideas into viable companies with the potential to positively impact our lives. Working with each of these spin outs from conception to date, all those involved across UCL, UCLB and our partner hospitals deserve to be congratulated," said Cengiz Tarhan, Managing Director of UCLB which celebrates its 25th anniversary this year.