The decline in working-class MPs and rise of career politicians shifted the Labour Party towards a more right wing policy stance on welfare, according to a new study by UCL. 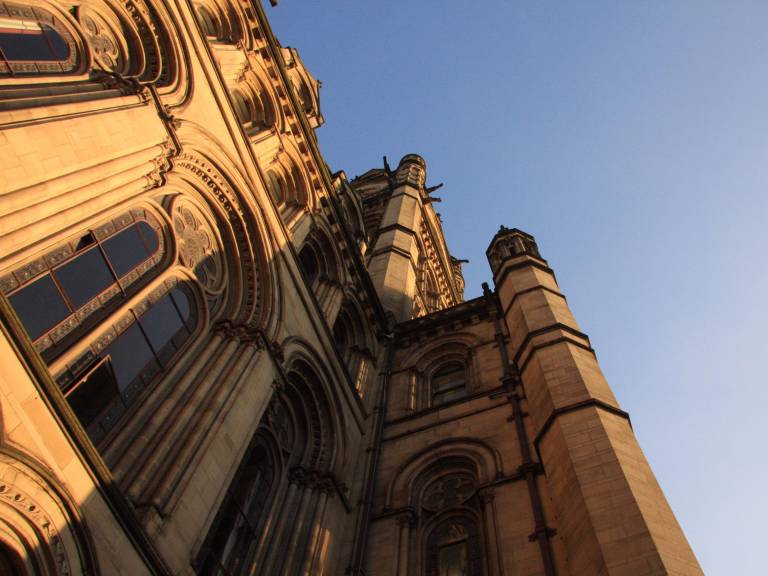 The research, published in Comparative Political Studies, examined the policy preferences of working-class and career politicians within the Labour Party both pre and during Tony Blair's leadership of the Labour Party.

The study shows that working-class MPs were substantially more in favour of traditional welfare policies than their careerist colleagues. During the Blair era there was a considerable drop in working class politicians. At the same time, there was a shift towards more centrist polices around reforming welfare.

The report finds that career MPs, categorised as politicians that come from a background in politics or a closely related profession, are more likely to adopt policies for strategic political reasons to win over swing voters and win elections. In contrast, working-class MPs, categorised as politicians that have a background in manual and unskilled labour, are more likely to support policies that benefit working class communities

"The former had a stronger ideological attachment to welfare provision because it benefits working-class voters, whereas the latter's greater concerns for electoral success and career advancement meant they were more likely to support welfare reforms. The findings suggest that the large shift from working-class MPs to career politicians in the British Labour Party considerably weakened the representation of working-class voters' interests. Put bluntly, careerist MPs are much more likely to blow with the political winds."

When the Labour Party first achieved electoral success in the 1920s, more than 70% of its MPs were drawn from working-class backgrounds. This has declined drastically from the mid- 80s and today just 8% of Labour MPs are working-class.

Working-class have been replaced one for one with careerists, a rare phenomenon up until the 80s when career MPs made up just a 10th of the party. Careerists are now the largest occupational group, outnumbering MPs from public and voluntary sector, private and financial sectors and professional backgrounds, such as lawyers, doctors, journalists, engineers and academics, whose representation has remained consistent over the past 30 years.

The dramatic reduction in working-class MPs is partly a result of political recruitment; the decline of traditional trade unions and access routes into politics for working class individuals. In addition, the profession now requires greater resource of time, effort and money.

Careerism has risen as the profession provides better pay, and there has been a growth of professions linked to politics such as lobbying that have provided effective routes into parliament. Once elected as MPs, careerists are also more likely to enter ministerial positions, a further incentive to enter the profession.

The study applied a scaling method to analyse speeches made by politicians about welfare reform in the House of Commons from 1987 to 2007. The speeches were divided into two periods: 1987-1994 (pre-Blair) and 1994-2007 (Blair era) for comparison, this included 324 speeches and 67 MPs that spoke in both periods. Word clusters were created to categorise the political spectrum from left to right, and then the speeches were analysed for rhetoric using specialist modelling software WordScores.

Dr O'Grady added: "Speeches provide a very effective mechanism for gaining insight into MPs beliefs and priorities that could not be gained from analysis of voting. This is because rebellious voting at the time and largely today is rare, and British MPs enjoy substantial autonomy to speak as they choose, and often use speeches to dissent from party leadership or express reservations about their leaders' policies," .

It is expected that the study would present a different picture for today's Labour Party, as there is less divergence of opinion in relation to welfare reform amongst parliamentarians regardless of background or political colour. However, the model could be used to consider other policies where interparty differences might be more pronounced.

Dr O'Grady concluded: "Under Corbyn's leadership today careerists in the Labour Party would face an altogether different dilemma: between supporting leadership to move up within internal ranks, and opposing leadership if its policies are likely to lose an election".

The author received no financial support for the research, authorship, and/or publication of this article. The dataset on British MPs was provided by Dr Jennifer van Heerde-Hudson (UCL Political Science) and Professor Rosie Campbell (Birkbeck), and was collected with the support of the Leverhulme Trust (RPG-2013-175).