UCL Press is launching a new open access megajournal that will provide academics and students with ground-breaking research free of charge in a move that challenges traditional commercial publishing models. 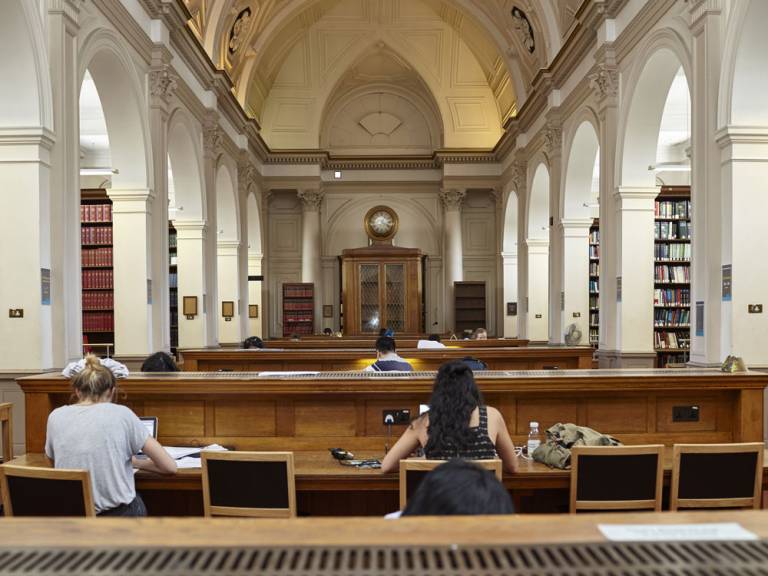 The megajournal aims to revolutionise academic publishing by slashing publication times, providing research for free to anyone with an internet connection and publishing online what peer reviewers have to say about the studies to improve transparency.

UCL Press's new model represents a significant break with the current model for scholarly publishing which relies heavily on subscription journals and which means only those institutions that can afford these subs can access the content.

"The current situation is not the best starting point for researchers who want to tackle the great challenges which face society - hunger, disease, global warming, equality and diversity," said Dr Paul Ayris, CEO of UCL Press and Pro-Vice-Provost (UCL Library Services), who came up with the idea.

He hopes the megajournal will emulate the success of UCL Press's open access publishing of research monographs, which has so far made available 50 titles with 650,000 downloads worldwide in 218 countries and territories around the world.

In the current financial climate when universities are under pressure to justify their tuition fees of £9,250 a year and reduce costs, the model also offers a chance to save money at the same time as it opens up research to a wider audience for free.

A study published three years ago in the Proceedings of the National Academy of Sciences of the US showed top research-intensive universities were paying on average $6m (£4.35m) a year in subscriptions for bundled access to academic journals.

Dr Ayris said: "We pay an academic to do the research, they produce the article, they give it to a commercial publisher who will make up to 40% profit from sales. The academic not only gives the publisher the article but gives away the copyright to the publisher.

"The university, having paid the academic to do the research, has to pay to buy the material back on subscription. It's a crazy system that beggars belief."

UCL Press's megajournal will start by piloting the model with one of UCL's research domains, environmental science, including contributions from earth sciences, geography, UCL's medical school, population sciences and UCL Institute of Education.

"It's a cross disciplinary platform with fully open peer review," said Dr Ayris. "You will be able to read what the peer reviewer actually says. That will be online very quickly and reviewers will identify themselves."

UCL Press is also developing an open access platform for textbooks rising from the initial two to 12 to start with in another move that overturns the conventional model of selling textbooks over the counter.

UCL is happy to support the Press financially  since it generates wide global impact for research, unlike the current scholarly publishing model. While UCL Press's main focus is open access dissemination of research, it does have a number of revenue streams including print sales (which continue alongside free downloads), consultancy services (for example advising universities such as Helsinki which are looking to develop open access publishing) and publishing services, all of which contribute to the ongoing development of its services.

"The point of institutions publishing is not to make money but to add value to and support the student experience," he said. At the moment, UCL contributes about £400,000 a year to support staff and operational costs at UCL Press.

The UCL Press move comes amid a wider debate over academic publishing where universities are challenging and exploring alternatives to traditional commercial publishing models.

The Dutch publishing giant Elsevier has recently granted uninterrupted access to its pay-walled journals for researchers at about 200 German universities and research institutes which refused to renew their individual subscriptions at the end of 2017.

The Higher Education Funding Council (HEFCE) is understood to be considering whether to make it mandatory for scholarly monographs - the most common form of publication in the arts and social sciences - to be available on open access in order for them to be included in the Research Excellence Framework (REF) in 2025.